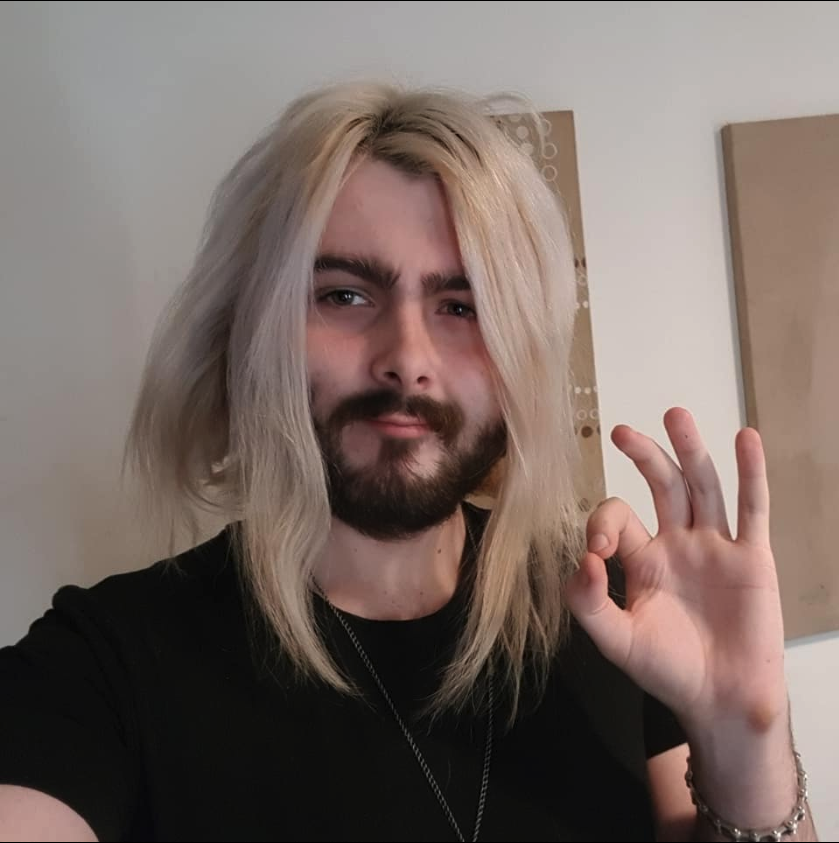 Get to Know Our Staff: Lindon Martin

Favorite Artist When you were in High School?

Who was the first FiXT artist’s Music You Heard?
I believe it was Celldweller via the debut album, but it honestly could’ve been early of End of an Empire songs and I’m getting my memories mismatched.

Interesting Fact About Something You Do or Have Done that is non-music related:

I got my job at FiXT through creating memes. I’m not joking about this and I’ll always love that. Of course there’s more to it than that, but that’s about the general TL;DR of the story.

I’d love to see a collab between Klayton and CAPCOM in some fashion! Daedric and Jeff Rona for a cover of “Crimson Cloud” is pretty high up there too.

ELDEN RING. I love the world, the art, the visuals, the combat, almost everything! I even 100% the game (achievement wise) recently and I’m still interested in playing more. Many people tend to have a character in various media (games, films, etc.), that really sticks with ’em for various reasons and ELDEN RING gave me that character in the form of Ranni the Witch, who I’ve developed a particular affection for. Sorry if that’s all you’ve seen on your end from me recently!

Team Fortress 2 holds a special place in my heart, separate from my tier list of favourite games due to the great memories I have with it. Honourable mention to Monster Hunter: World (w/ the Iceborne DLC) for keeping my attention for over 1000 hours and counting to this day.

Favorite Movie:
Legend (2015) with Tom Hardy. I adore the comedic scenes in that film and the serious scenes of the film are a good balance to the comedy. The film features some upsetting moments but I highly recommend it!

Video editing is really fun and I do it frequently. It’s usually just to shorten a video or make a low-effort funny video but in doing this a lot I’ve learnt several things, all of which have proven useful for work, so it’s a win:win!

What have you enjoyed most about working with FiXT?

This is going to sound cheesy but, growing as a person. When I first started here, I had no work experience whatsoever! Two years have passed and while I still have areas to improve upon, I believe I’ve grown lots in that time and that’s part of the journey. Here’s to more!

It’s a weird ride, going from a young fan to a staff member (especially with how I got here), but it sure is cool. I may not always show it but I do genuinely enjoy working with the team members and artists we have and I can only see FiXT growing from here, which is a great feeling I’m sure many of us share!