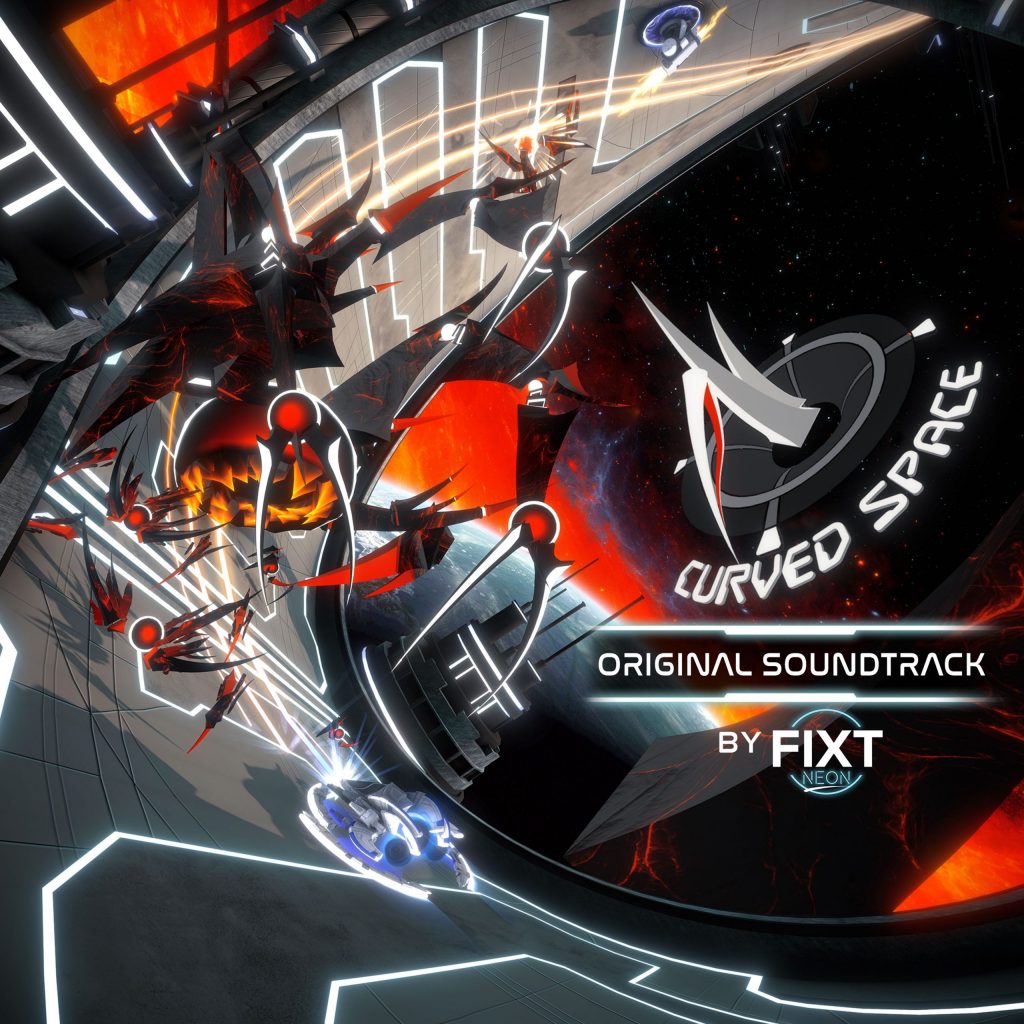 Featuring over 20 songs from Scandroid, Fury Weekend, 3FORCE, and Cassetter, and remixes from Daniel Deluxe and Dance With The Dead, Curved Space takes this traditionally 2-dimensional genre and puts a unique spin on it. Climb walls, flip over to the other side of your environment, and experience breathtaking vistas. Collect a plethora of abilities and test your twin-stick mechanical prowess as you climb the leaderboards.

Battle cosmic space-invading spiders across curved landscapes where bullets hug the terrain while the horizon drops sharply out of sight, while enjoying a high-octane soundtrack of cyberpunk and synthwave tracks.