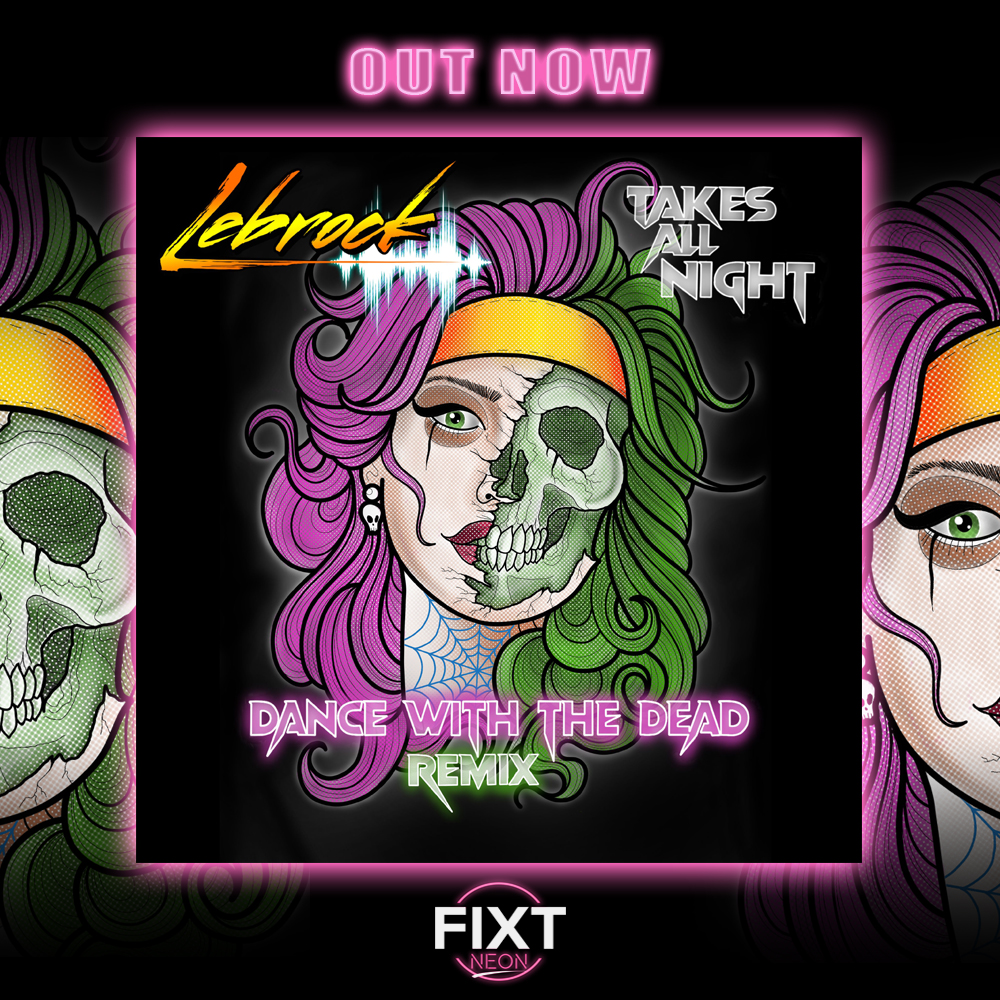 LeBrock and Dance With The Dead collide on DWTD’s dark re-imagining of the hit LeBrock song “Takes All Night.”

LeBrock. Dance With The Dead. Two of the most celebrated names in synthwave collide on DWTD’s dark reimagining of the hit LeBrock song “Takes All Night.” Diving straight into DWTD’s iconic guitar tones and pummeling rhythms while LeBrock’s unmistakable vocals soar out over the top, this remix brings the best of both artists together for a can’t-miss creation. The Dance With The Dead remix of “Takes All Night” is available now on all platforms from independent synthwave label FiXT Neon. 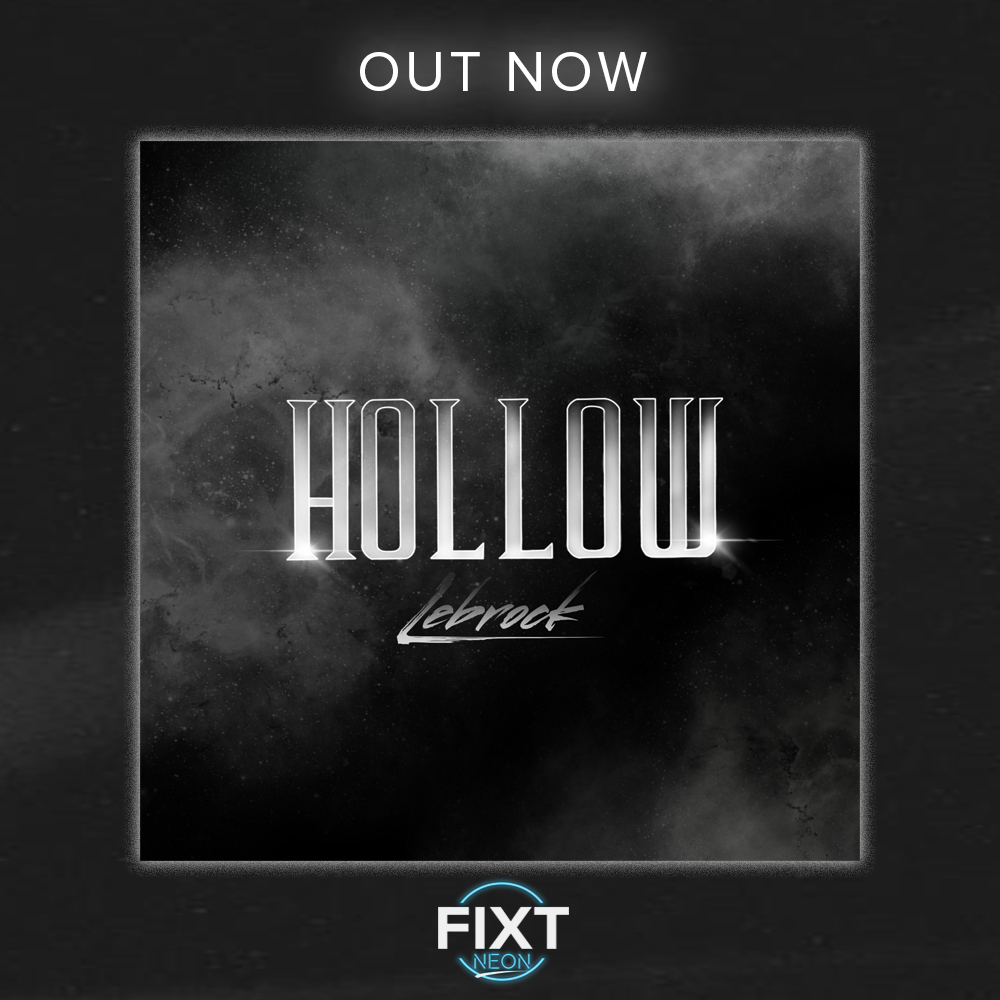 LeBrock Is Back With One Of Their Most Stirring Tracks To Date: “Hollow”

LeBrock is back with one of their most stirring tracks to date on “Hollow.” Throwing the rose-colored glasses out the window, “Hollow” takes an honest look at the world and delivers a striking vision of life through the duo’s remarkable songwriting style. Rugged guitar riffs and shimmering synth tones combine to provide the perfect backdrop to a hook-heavy vocal delivery that will leave you humming long after the song ends. “Hollow” is out now on all platforms from independent synthwave label FiXT Neon. 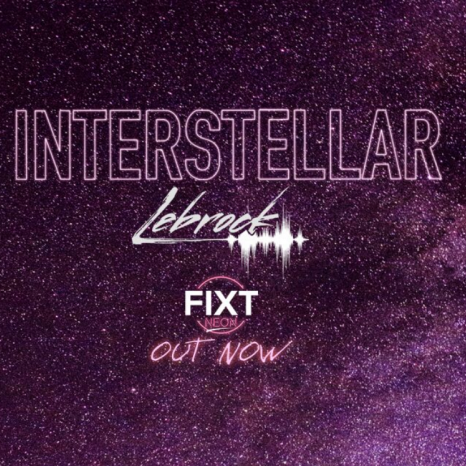 Gorgeous retro synth melodies and cosmic ambiance provide the backdrop to an impassioned vocal performance on LeBrock’s latest single, “Interstellar.” This new retro rock classic features LeBrock’s signature blend of melodic rock and pop, pulling influences from the best of past and present for a sound that will resonate with fans of diverse genres and eras.

“Interstellar” follows the singles “Takes All Night” and “Bright Lights” on LeBrock’s release schedule, and it represents the duo’s continuing evolution and the refinement of their unmistakable style. The song is available now on all major platforms through independent synthwave label FiXT Neon. 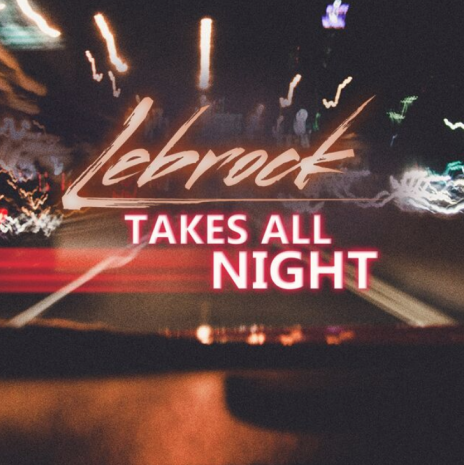 Synthwave’s foremost rockers are back with one of their most powerful tracks to date. Simultaneously epic and intimate, “Takes All Night” pairs dream-like synths and robust guitar chords with a heartfelt vocal performance that will keep listeners glued to their speakers. The composition is packed with inspired touches, from percussive accents and hand claps to a vigorous guitar solo, and it reveals a pair of artists at the top of their game.

“Takes All Night” follows on the heels of “Bright Lights,” and the singles pave the way toward the group’s next major release. Both new songs bring the act’s signature hard rock sensibilities to spirited creations that never back down, and they signal big things to come from LeBrock. 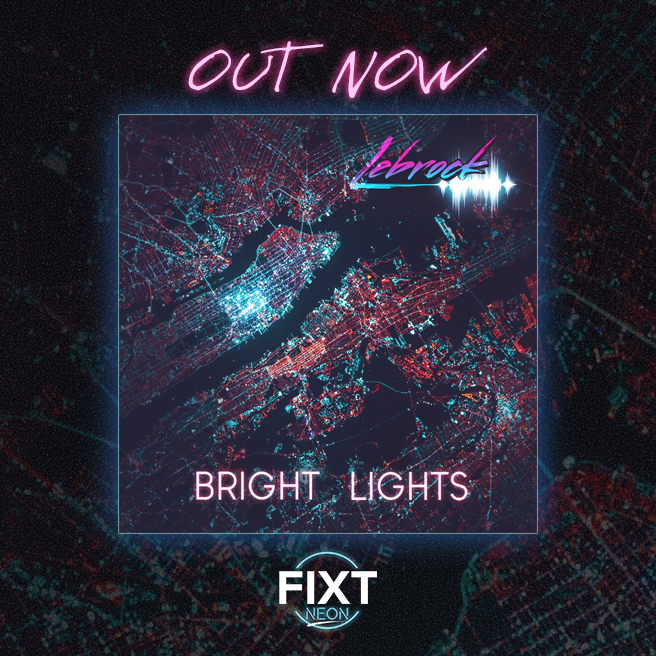 The duo will also be performing on the MainStage at London’s RetroFuture Festival July 27th 2019! 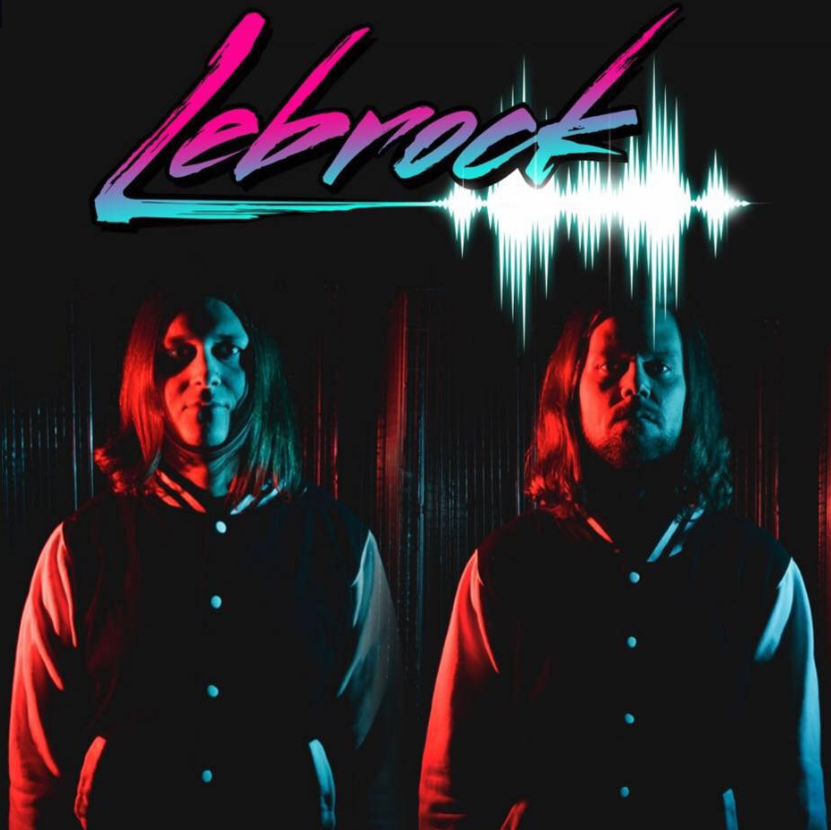 FiXT Neon proudly announces the addition of its latest synthwave powerhouse, LeBrock! Combining ‘80s melodic rock riffs with shimmering synthwave melodies and a heartfelt vocal delivery, members Michael and Shaun have already established themselves as some of the most uniquely compelling artists within the world of retro music. The results speak for themselves.

The retro rockers’ first EP, Action and Romance, is a synth-heavy fan favorite that has earned hundreds of thousands of Spotify streams to date. In addition, the “Call Me” single from the album was featured on NewRetroWave’s popular YouTube channel where it has gained over a quarter of a million views.

LeBrock found success once again when they adopted a stronger rock sound with all vocal tracks on 2018’s Real Thing. Packed with fist-pumping retro anthems, the artists’ distinctive and increasingly personal style earned another popular feature on NewRetroWave along with widespread acclaim from fans and critics alike.

Now, the members of LeBrock are prepared to step into the next stage of their career, and fans will be more than happy with the results. FiXT Neon has slated a full re-release of the Action and Romance and Real Thing; the re-releases have been re-mastered along with new artwork and all the instrumentals are now included on all platforms! The releases come ahead of new material slated for 2019, sure to be the duo’s most ambitious creative efforts to date. You won’t want to miss what’s next for LeBrock.

LeBrock will also be kicking off a EU/UK Tour alongside Dance With The Dead, starting February 17th, 2019.

Get your tickets HERE