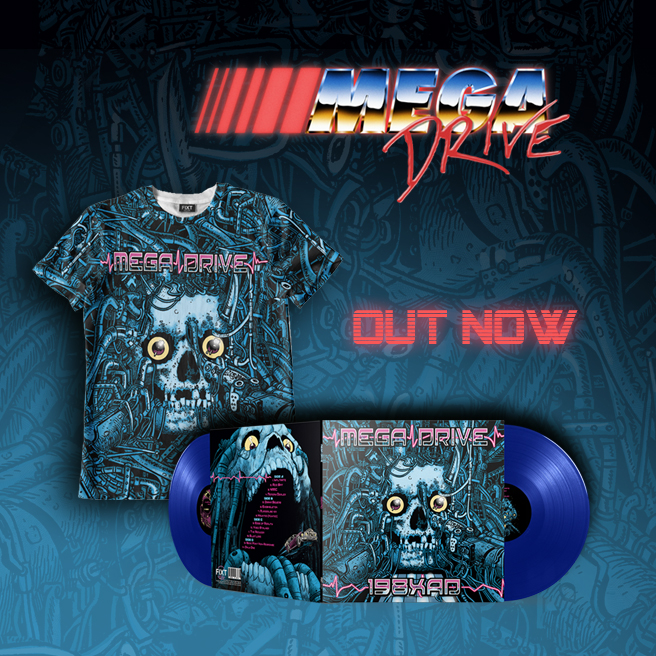 This is it. The sci-fi masterpiece that established Mega Drive’s legacy and helped define the dark side of synthwave is now available for the first time in a deluxe vinyl edition. Legendary tracks like “Acid Spit,” Osaka Sewers,” and “Slum Lord” have never sounded better than they do on this double vinyl release of. This gatefold edition also includes multiple pieces of new, never-before-seen artwork from the creator who designed the original, now-iconic 198XAD album cover.

This limited edition release of 198XAD is a must-own item for Mega Drive fans and collectors of synthwave on vinyl, and it is available exclusively through independent synthwave label FiXT Neon. 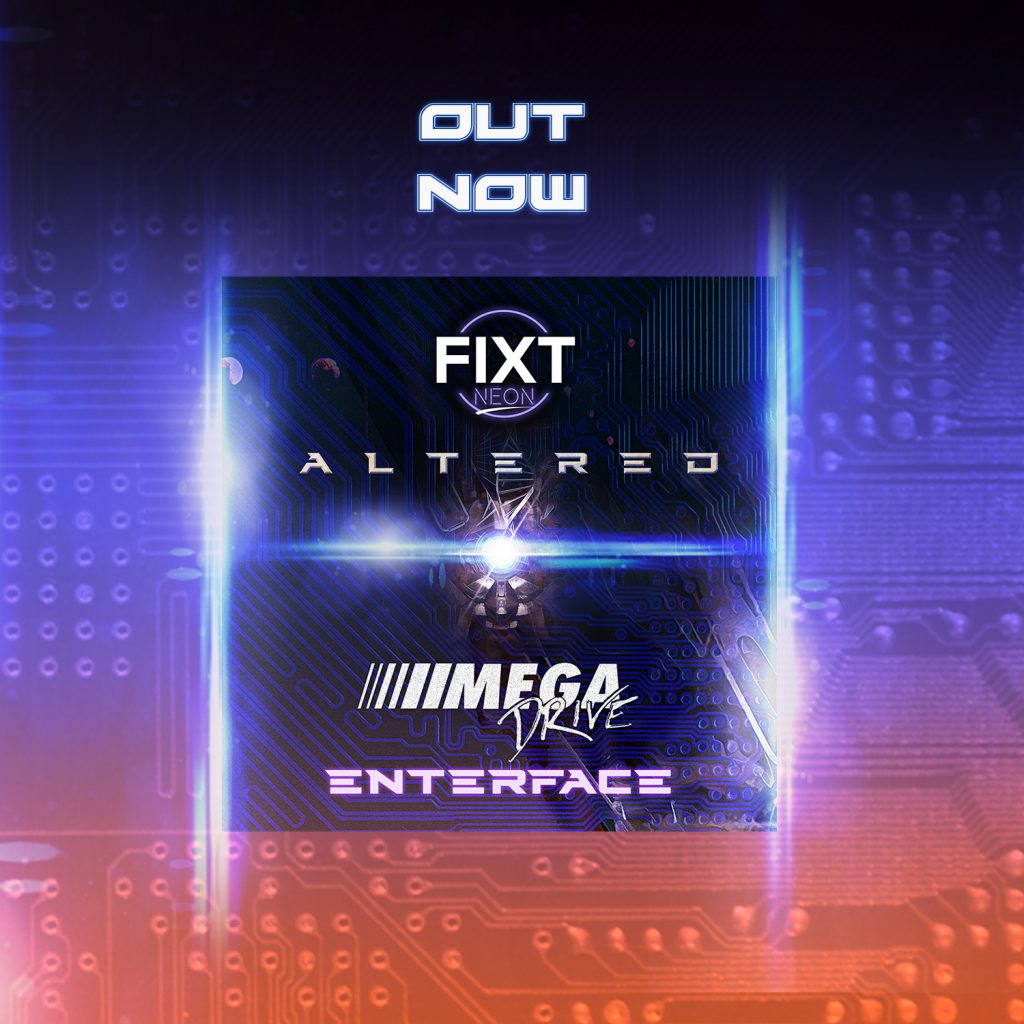 Dark synthwave trailblazer Mega Drive is back with one of his most haunting tracks to date on “Enterface.” Perfectly balancing a tense and energetic rhythm section with dystopian ambience and melancholy melodies, “Enterface” is a spellbinding portal into Mega Drive’s uniquely gritty cyberpunk vision.

“Enterface” is the fifth single released off the upcoming cyberpunk compilation, FiXT Neon: Altered. The track is available now on all major platforms from independent synthwave label FiXT Neon, and the full Altered compilation is scheduled for release next week. 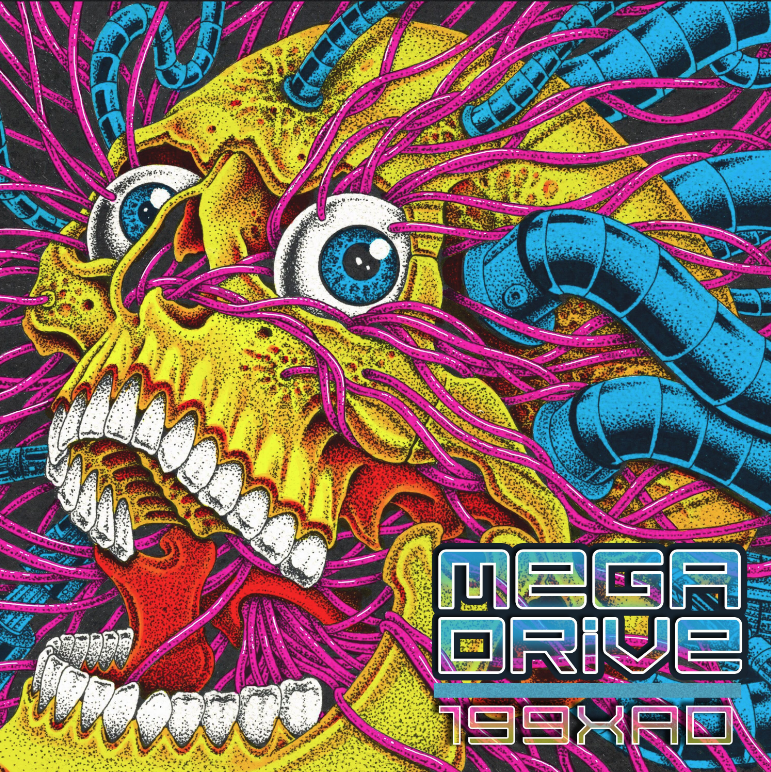 In 2014, Mega Drive released the visionary 198XAD, a darkly cybernetic piece of audio horror that quickly became a cult classic. The recording found spots on lists of the best dark synthwave albums and earned respect from critics, fans, and creators alike. Not content to rest on past successes, Mega Drive proceeded to push into new and increasingly diverse ideas on subsequent releases. For five years, 198XAD stood as a unique and unrivaled sci-fi creation at the origin point of synthwave’s dark side.

Now, Mega Drive has returned to the dystopian world of his most acclaimed work with a direct sequel, 199XAD.

Fans will immediately be drawn back into the densely woven, detailed environment of the original, as Mega Drive displays an impressive versatility across 12 exceptional tracks. Each one offers a glimpse into a different corner of Mega Drive’s inspired vision of the retrofuture, as 199XAD expertly shifts from the searing artillery fire of “Gun Hag” to patiently atmospheric and cinematic pieces like “Terror Eyes.”

The result will thrill long-time Mega Drive fans and revive memories of 199XAD’s epic predecessor while those who are new to the artist will find the latest album to be the perfect jumping-on point. 199XAD promises to be one of Mega Drive’s most highly regarded and talked about recordings yet. 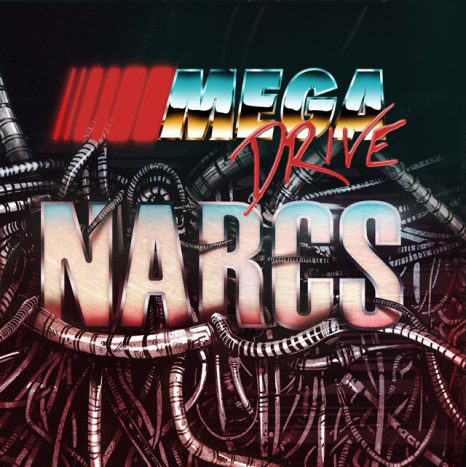 Few artists working in the darker side of synthwave are able to capture a detailed, cinematic style as well as Mega Drive. The artist proves once again why he’s considered a master of cyberpunk synthwave with his latest track, “NARCS.” The second single off the upcoming 199XAD album plunges listeners into an elaborate and exciting soundscape that conjures images of a dystopian future rife with crime, deceit, and corruption.

Sprinkling bright melodies across a gritty, high-powered rhythm section, “NARCS” balances light and dark in perfect contrast, vividly painting a picture of a world that is simultaneously beautiful and chaotic, thrilling and dangerous. Following the release of “Gun Hag,” “NARCS” reveals even more of the songwriting versatility present on Mega Drive’s forthcoming full-length album, and it should be more than enough to whet the appetite of fans who have been eager for a return to Mega Drive’s signature sound. 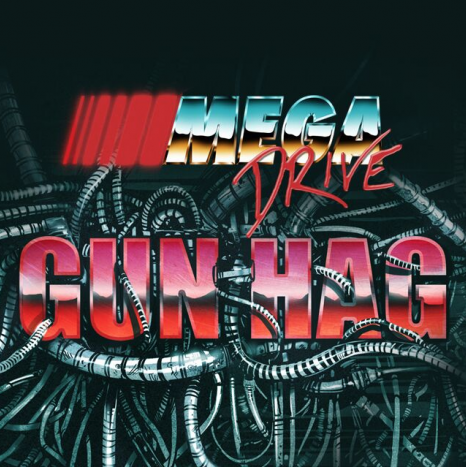 Mega Drive has returned to the FiXT Neon label with a vengeance. The artist dual premiered his latest original single “Gun Hag” with Nightride FM and The 80’s Guy YouTube Channel. “Gun Hag” is the lead-off single from Mega Drive’s 199XAD album, a direct sequel to the artist’s celebrated cult classic, 198XAD. The new recording revisits the songwriting and production style of the first while upgrading it with five years worth of skills and creative experience that Mega Drive has gained since then. The result is a detailed and riveting recording that swings from pummeling tracks like “Gun Hag” to glitched-out, atmospheric pieces with a cyberpunk flair that bring to life the imaginative, dystopian world of 199XAD. The full album will be available later this year through FiXT Neon.

Heavy synths and unrelenting beats transport the listener through the Retroverse into an arcade realm of gunfire and mayhem as Mega Drive delivers his first single from 199XAD, coming later in 2019 on FiXT Neon, as the triumphant sequel to the iconic Mega Drive synthwave album 198XAD.