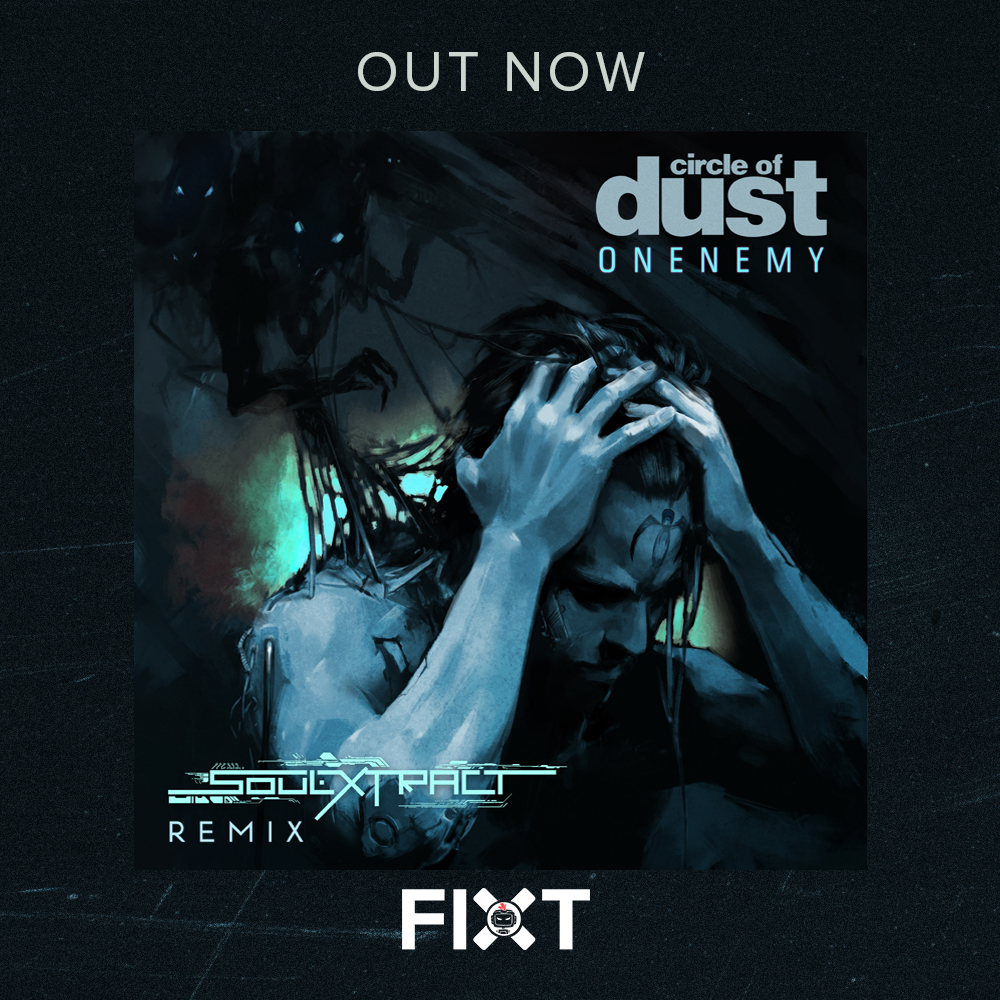 Circle of Dust’s 25th Anniversary celebration continues with a brand new remix of “Onenemy” from Soul Extract. This re-imagining of a classic comes out of the gate with a modern EDM touch before turning on its head and diving into a thunderous rhythm section with bass blasts that feel like they could punch through walls at high volume. 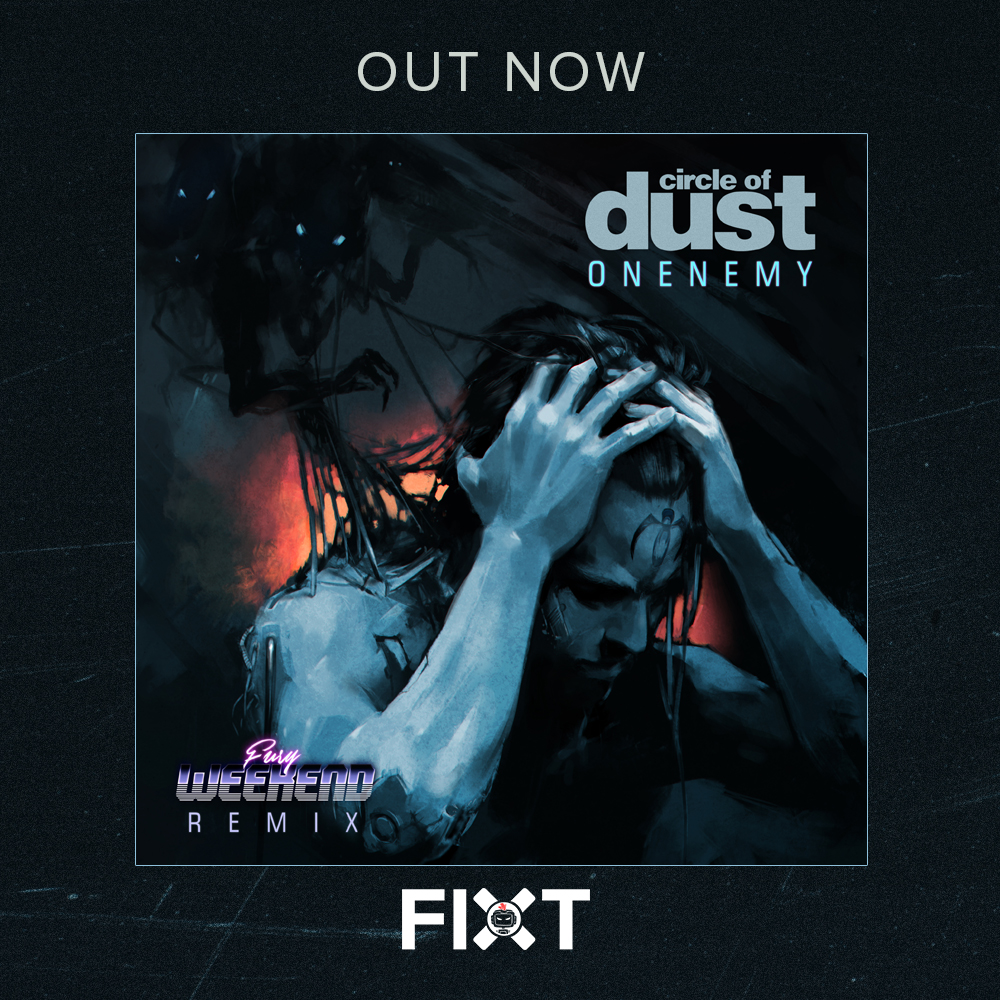 Synthwave star Fury Weekend brings his signature driving rhythms and hard rock style to a brand new remix of Circle of Dust’s “Onenemy.” This version puts a shot of adrenaline into the arm of the track, re-imagining it with touches of Fury Weekend’s retro synth-style while doubling down on the aggression of Klayton’s original. 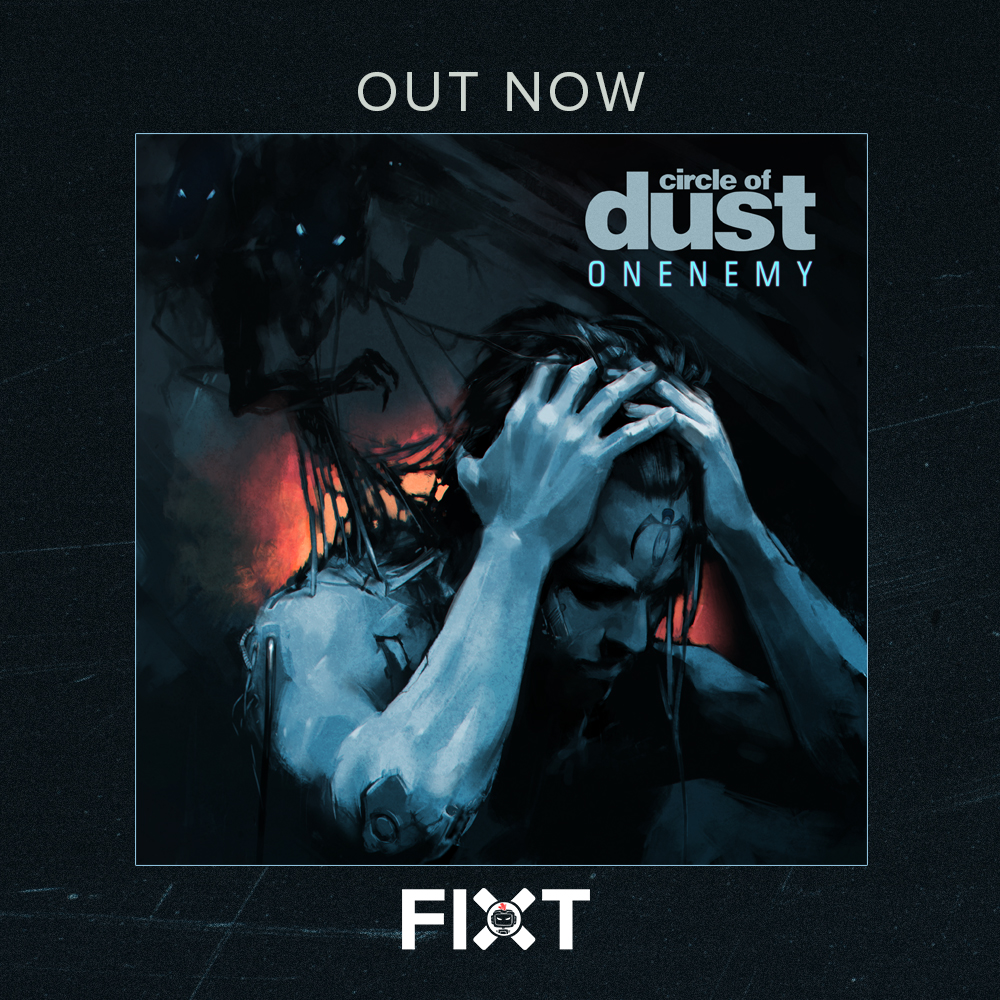 Circle of Dust, the iconic ’90s Industrial project from Klayton returns with the 25th Anniversary Mix of the 1995 debut album track “Onenemy”

Circle of Dust, the iconic ’90s Industrial project from Klayton (best known as Celldweller) returns with the 25th Anniversary Mix of the 1995 debut album track “Onenemy”. This marks the first single from an upcoming 25th Anniversary Edition of the album, featuring all-new ‘mixes’ of the tracks, resurrection on original gear with separate audio tracks for the first time in over 20 years. Each song from the album will also get new remixes from modern artists. Available from indie label FiXT.

“In late 2019, I stumbled across a floppy disk with SYSEX backups of my original Alesis D4 drum module and E-MU Proteus 1 sound module. For the first time in 25 years, I realized I had the ability to reconnect everything from my original 1995 Circle of Dust album. I imported my ADAT recordings and went to work on mixing the songs from the ground up, excited that I finally had the ability to make these mixes sound like I heard them in my head in 1995. After seeing some of your positive reactions to my Instagram stories as I was working, I decided to officially release the new mixes for those of you that might enjoy them as well.