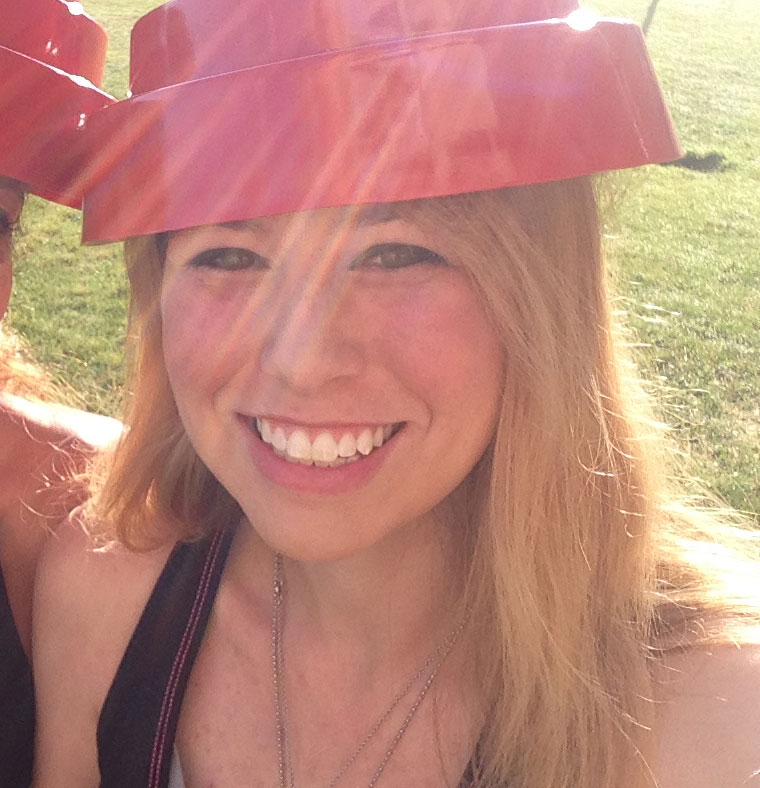 Get to Know: Summer Garfield

Favorite Band When you were in High School?

Pendulum, Depeche Mode, 311, Nine Inch Nails, and Celldweller! Happy to report that all these bands are still a few of my all-time favorites! Thanks for having banger taste in music, high-school-era Summer.

Who was the first FiXT artist’s Music You Heard? Where/How? (even if you didn’t know it was a FiXT artist at the time)
Celldweller! Around 2009 I had just discovered Pendulum, which was my introduction to electronic music. A friend linked me the Celldweller remix of Pendulum’s “Propane Nightmares” and I was OBSESSED. I started looking around for any other Celldweller tracks I could find on Youtube, and gradually pieced together Soundtrack for the Voices in My Head: Vol. 1 on my iPod mini! A couple years later, my mom (who is the best mom in the WORLD!!) got me a dubstep compilation album for my birthday, which included two remixed tracks originally by The Anix, and I was immEDIATELY HOOKED. So I have Celldweller and The Anix to thank for leading me to FiXT!!

Interesting Fact About Something You Do or Have Done that is non-music related:
I love raising praying mantids!! They’re my favorite little critters ever!! My two main mantis babies were Cleo, a brown Chinese mantis, and Goro, a giant Asian mantis!! I’m always ogling new mantis species I could raise the next summer. I’ll ramble for years about how much I love praying mantids. I’ll show you 8274829734932 pictures of my mantis babies and that is a threat. I just love praying mantids!!!

Dream Collab You’d Like to See a FiXT Artist Work On
In a perfect world, where anything is possible, when the planets and stars align, I would do horrible things to hear a Celldweller and Nine Inch Nails collab. HOO MAMA!! (other than that, literally ANY FiXT artist collaborating with Korn or Pendulum!!!!) ((maybe also a Soul Extract track featuring Klayton?? I’d do anything. Anything.))

Favorite Thing To Collect:
Godzilla merchandise! Especially anything with Gigan! Anything!! Everything Gigan-related!! Gigan!!!! I want to have a Gigan museum in my house!! I will be the world’s Gigan lorekeeper!!!! I WILL BECOME ONE WITH GIGAN. (I also collect pointy red sunglasses (may or may not be related to Gigan) – I always have a pair of red sunglasses glued to my face, they don’t come off)

Favorite Sport or Sports Team:
I love football and hockey!! I come from a family of diehard Green Bay Packer fans, so I’m a lifelong cheesehead! I’ll always root for the Browns, Bengals, and Seahawks too though!! Our favorite hockey teams are the Columbus Blue Jackets, Chicago Blackhawks, and Vegas Golden Knights!

Favorite Video Game:
SNATCHER!! It’s a relatively obscure game written and designed by Hideo Kojima before his Metal Gear series really took off, and its worldbuilding and storytelling has had me in an inspirational CHOKEHOLD for years – I’ve never been more enthralled with a game’s plot, setting, music, and characters!! If you’re into graphic adventures, gritty, spooky cyberpunk settings, murder mysteries, or bio-android bodysnatchers that tear people apart and assume their identities as they spread across the planet like a plague, check out Snatcher! I’d feel horrible if I ignored some other favorite games though, so shout-out to Godzilla: Save the Earth, Kid Icarus: Uprising, Kirby Air Ride, Super Smash Bros Ultimate, Pokemon Alpha Sapphire, Sonic Adventure 2: Battle, and the entire Metal Gear Solid series!!

Favorite Movie or Movie Genre:
ANYTHING WITH GODZILLA. Anything with a kaiju in it, period!! Godzilla! Gamera! Pacific Rim!! (we don’t talk about the second one) I just love giant monster flicks!!! If you want me to recite any Godzilla movie I’ll do it on command. The whole movie. Strap in. It’s impossible for me to pick a favorite Godzilla movie, I love all of them sO MUCH… I JUST REALLY REALLY LOVE GODZILLA MOVIES Some of my favorite movies that lack a giant monster are Twister, Blade Runner, Jurassic Park, and Lupin III The First! Am I allowed to mention Mystery Science Theater 3000? Every episode is my favorite movie.

What have you enjoyed most about working with FiXT?
The opportunity to work alongside a dedicated, passionate, creative crew that fosters an amazingly positive environment!! I’ve already learned so much during my time here, and having the chance to talk face-to-face with some of my idols is something straight out of a dream!! From Day 1 I was welcomed with open arms, and I’ve been given constant encouragement and appreciation from everybody I’ve had the pleasure of working with! I’m so lucky and thankful to have a job that I can 100% look forward to every single day, where my work is fun and fulfilling, and the best staff ever offers constant support!

Closing Message:
Getting to join FiXT has been a life-changing experience that I will ALWAYS be thankful for!! This team contains music artists and graphic artists that I’ve looked up to for years, so to have this opportunity to learn from them and work alongside them to help deliver the BEST music, art, and stories to the world has been an absolute dream! Being able to play a part in a record label that helped curate my life’s soundtrack is something I will never take for granted, and I hope everybody on the staff knows how much I appreciate my time here! Thank you for taking me along for this ride, and for humoring all my nonsense!! If you had told wee-little-nymph Summer that she’d get to draw neon giant monsters to the sickest tunes on the planet for a living, she would explode on the spot. THANK YOU FiXT FAM <333