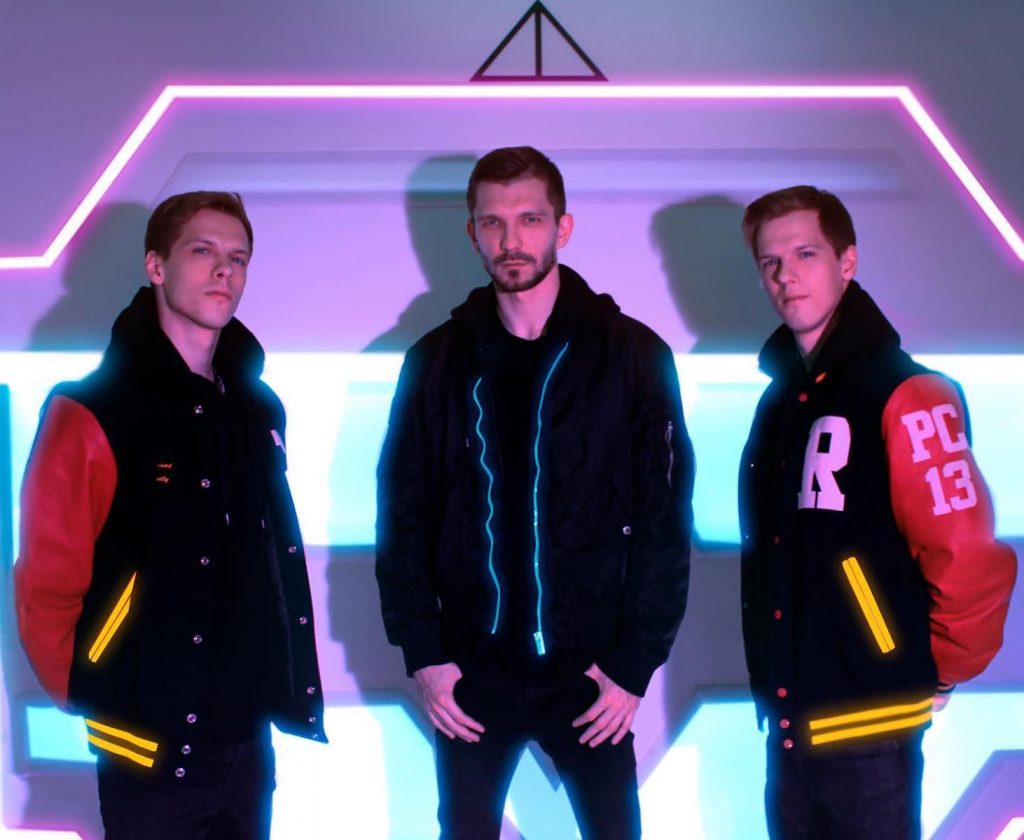 Get to Know: Alexey Goncharenko 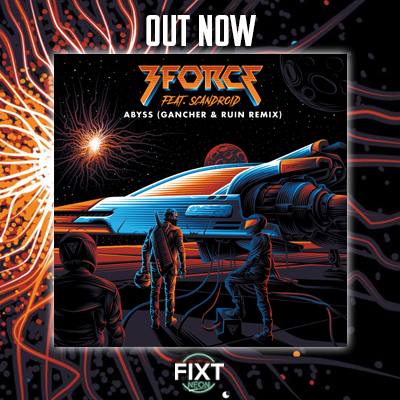 The epic collab between 3FORCE and Scandroid gets a high-octane remix courtesy of Gancher & Ruin. The two-man side project of 3FORCE takes the rock and synthwave blend of the original and injects it with a massive dose of drum and bass for an electrifying track that rivals the original in its quality and originality.

The Gancher & Ruin remix of “Abyss” is out now on all platforms from independent synthwave label FiXT Neon. 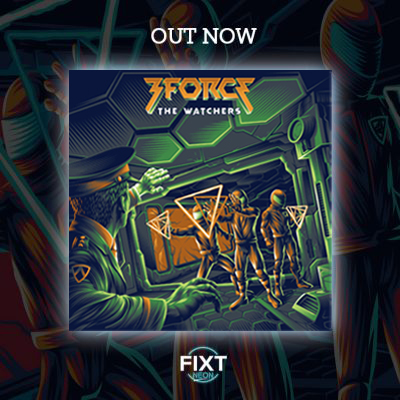 Gritty rhythms and haunting melodies collide as 3FORCE brings their blend of EDM and synthwave to an exhilarating new track on “The Watchers.” This suspense-filled creation expands on the cyberpunk world of 3FORCE’s music and builds momentum on the release path toward their next full-length album.

“The Watchers” is available now on all platforms from independent synthwave label FiXT Neon. 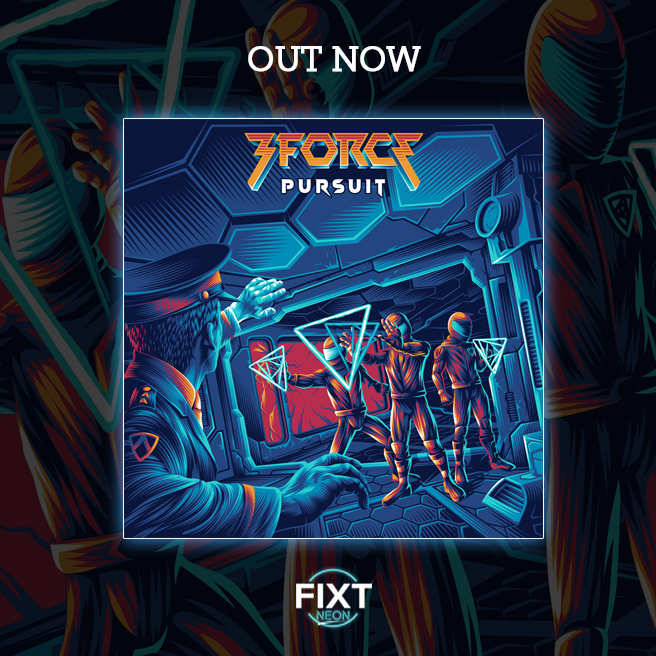 3FORCE is back with a brand new single: “Pursuit”

Following the success of the group’s electrifying Divide & Collide album, 3FORCE is back with a brand new single on “Pursuit.” This high-energy track brings the trio’s gritty sci-fi style to life with a tense atmosphere, driving rhythms, and melodies that escalate across the piece for a dynamic cyberpunk creation. “Pursuit” is out now on all platforms from independent synthwave label FiXT Neon. 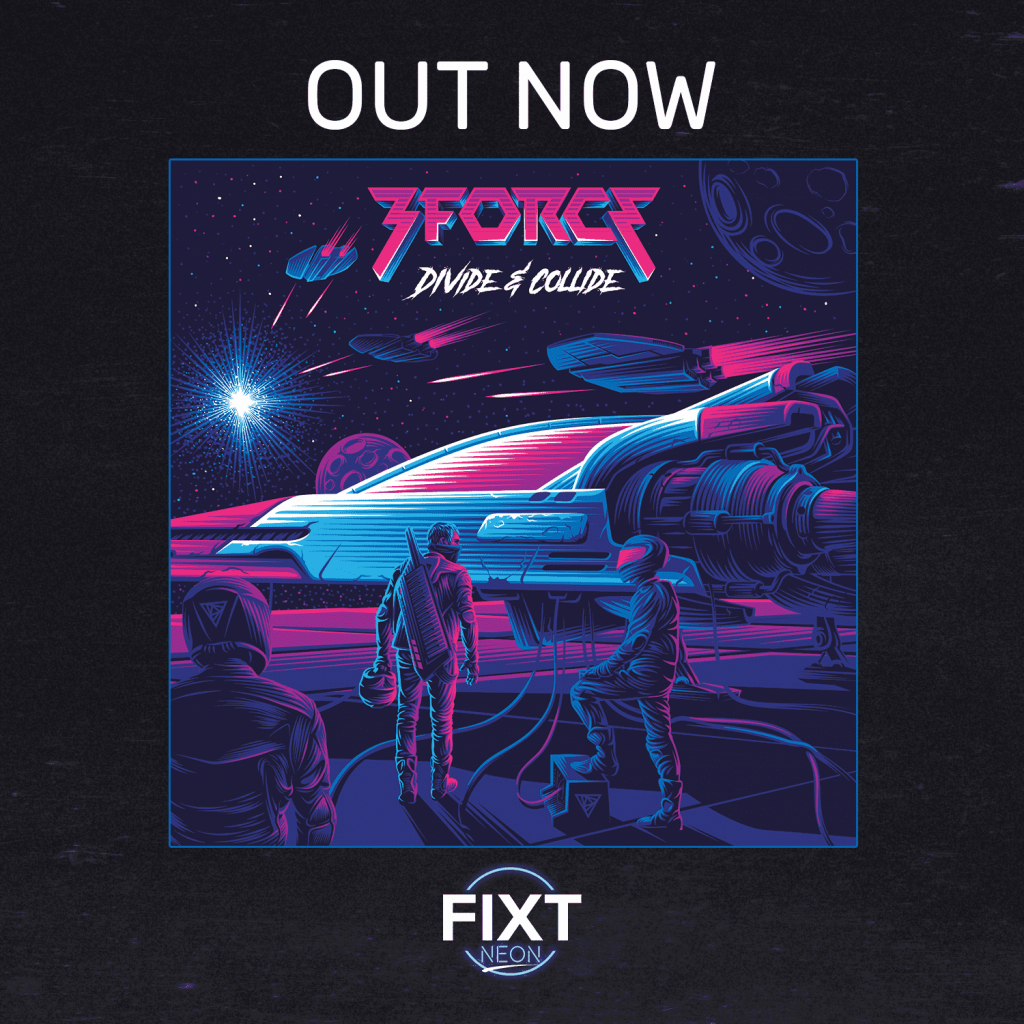 3FORCE and Scandroid combine their talents on a bold collaborative effort with the brand new track, “Abyss”!

The song is the final single off the trio’s epic full-length album, Divide & Collide, which is out now on all major platforms from independent synthwave label FiXT Neon. 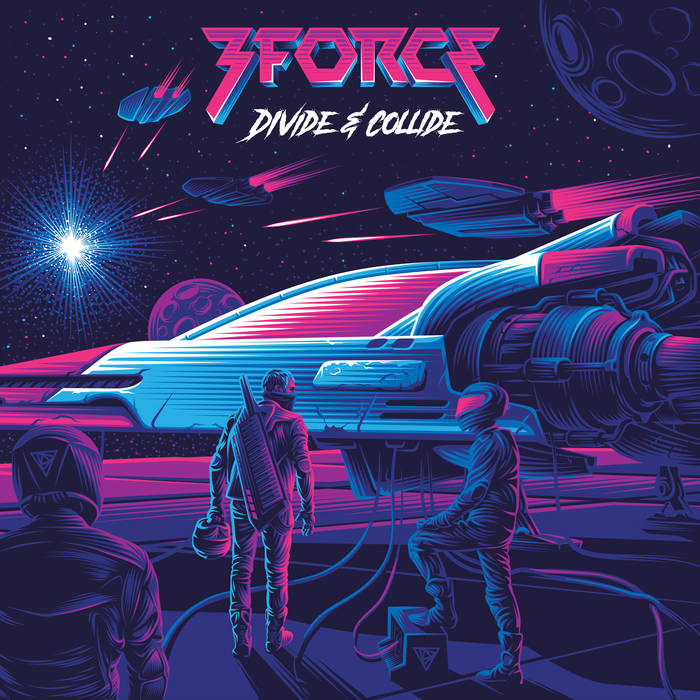 Lock in and take an epic ride across the sci-fi retrofuture on 3FORCE’s new album, Divide & Collide. This full-length recording offers plenty of the hard-hitting rhythms and aggressive, energetic tracks fans know 3FORCE for while introducing several new elements to the group’s style. Gritty, uptempo songs like “Future Frame” balance perfectly with the polished, low-key style of “Promise” featuring Megan McDuffee, while the group hints at their rock influences on tracks like “Uprising” with Robin Adams and “Abyss” featuring Scandroid.

The result is a deep and well-rounded creation with enough diversity and songwriting strength to please synthwave fans of all stripes. The full release of Divide & Collide is available now on all platforms from independent synthwave label FiXT Neon. 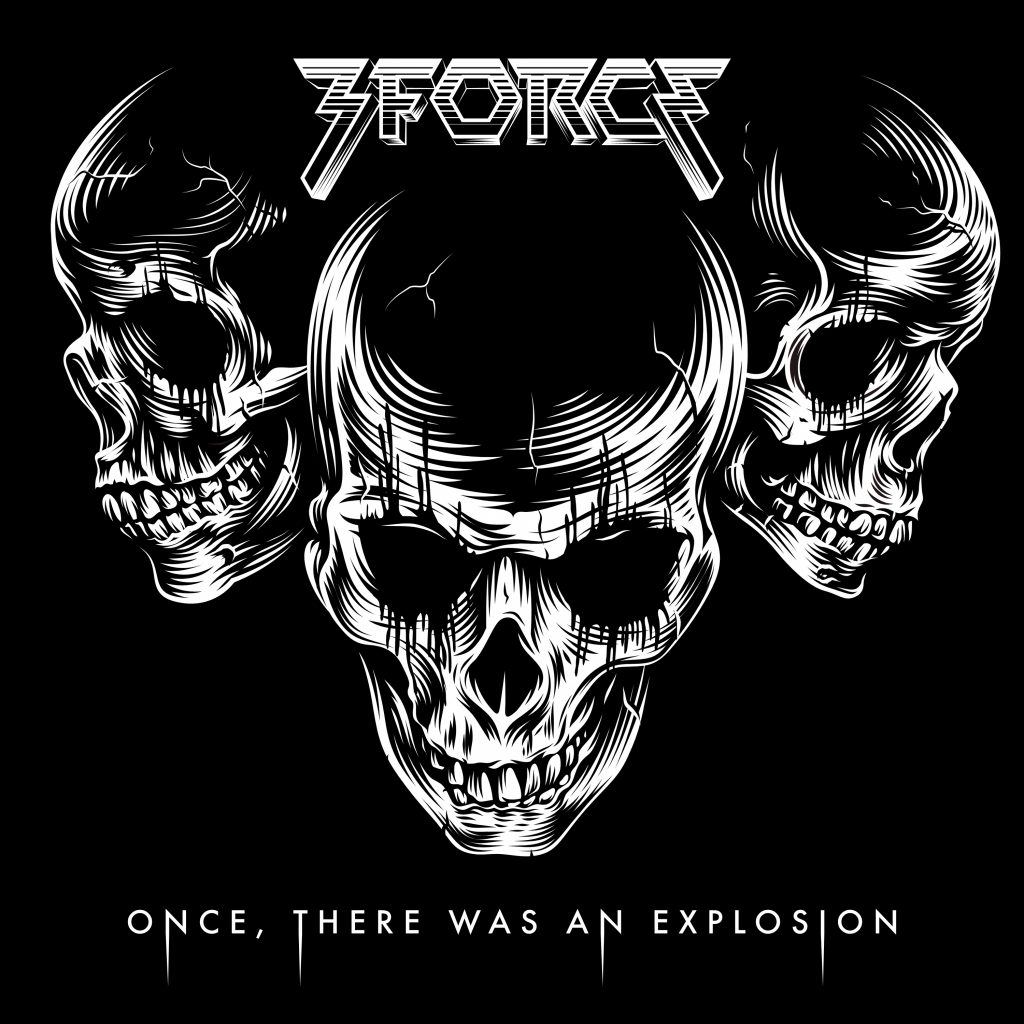 From the sci-fi synthwave minds of acclaimed trio 3FORCE comes a gorgeous synth-heavy reimagining of the Death Stranding theme. Pulled tight with cinematic tension and built up through a series of escalating compositional turns, the track is a captivating piece of futuristic terror that will keep listeners riveted to their speakers. Following close behind the release of the full video game, 3FORCE’s epic interpretation of the Death Stranding theme is available now on all major platforms through independent synthwave label FiXT Neon. 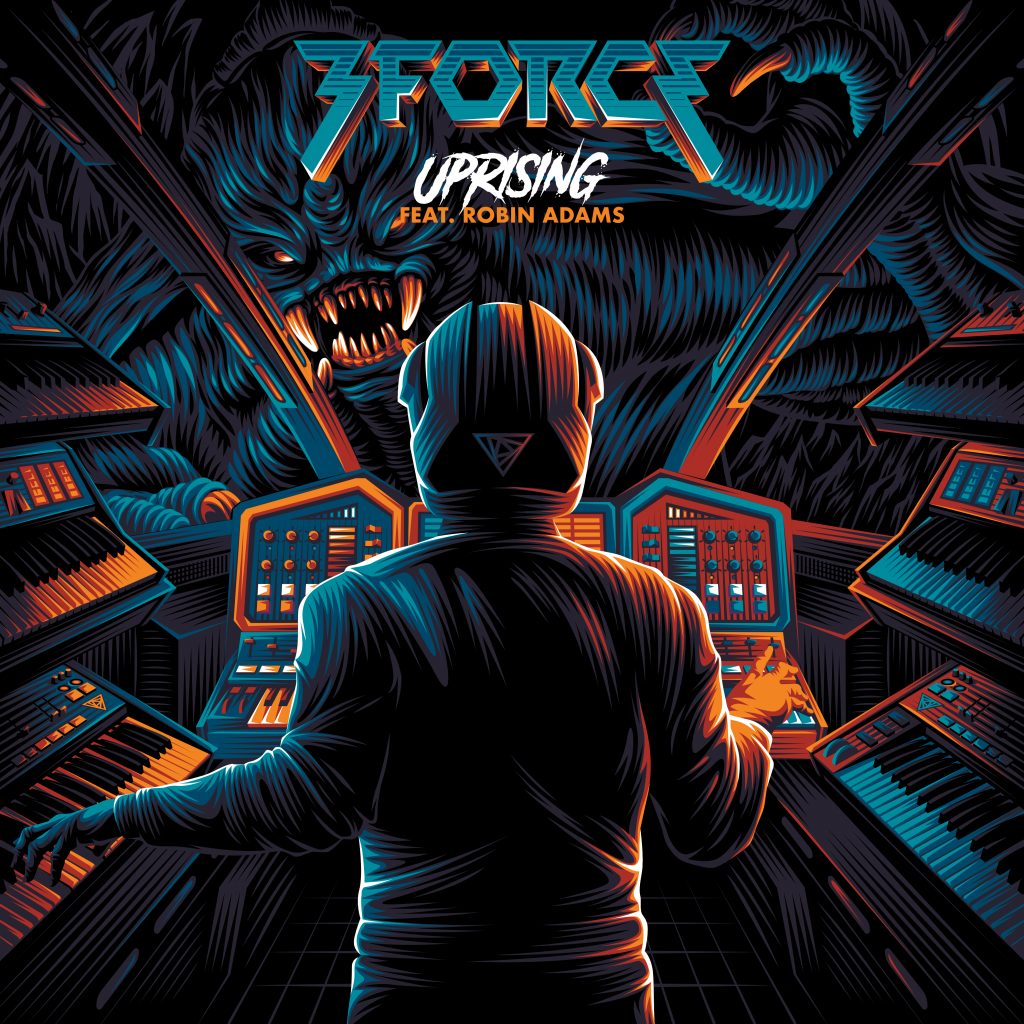 3FORCE’s red-hot release schedule continues with a powerful vocal track featuring Robin Adams on “Uprising”! Grounded by a steadfast rhythm section, “Uprising” weaves Adams’ passionate vocal delivery into a composition that rises and falls, builds tension across its running time, and carries listeners to a climactic conclusion. “Uprising” is the latest single from 3Force’s upcoming full-length album and the second to feature Robin Adams, whose distinctive voice brings elements of electronic rock to 3force’s sci-fi synthwave sound for a remarkable blend of styles.

Following the success of their hard-hitting retro-futuristic Resistance album, 3Force has shifted their approach to encompass a broader range of songwriting styles. “Uprising” joins a host of new vocal tracks from the Russian trio, including “Lost & Found” featuring Raizer, “Promise” featuring Megan McDuffee, and “Guardian Angel,” the first collaboration with Robin Adams. 3Force’s full-length album is currently scheduled for a late 2019 release through FiXT Neon.