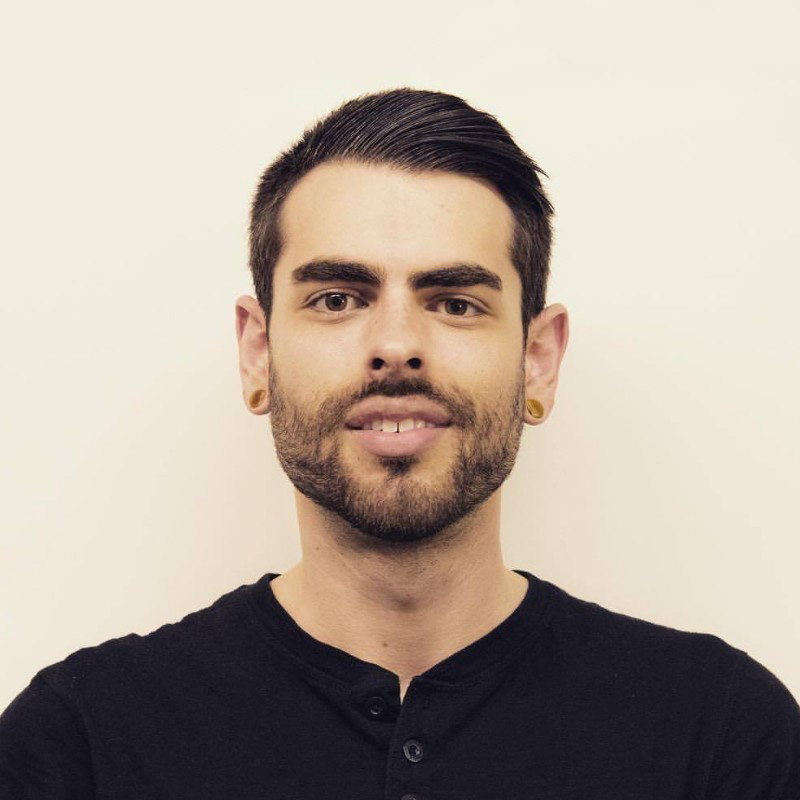 Reporting to FiXT’s owner/founder and A&R Director Klayton, Dave brings a wealth of knowledge across the worlds of rock, metal and EDM, and multi-genre combinations thereof, for which FiXT is known.

“I’m extremely excited to be joining the FiXT team as the new A&R Manager! I’ve been a fan of Celldweller ever since 2004 when I was handed his 4 track demo CD on the street outside of a Chicago concert. I’m a vocalist and producer, as well as a huge fan of electronic metal, so I couldn’t think of a more perfect job for myself. Everyone on the staff has been extremely welcoming, and I can’t wait to get to know the artists more and see how I can help them grow in their music careers.”
– Dave Hansen

Besides heading up his own solo project BVLVNCE, Dave also has an extensive background in the music industry as a vocalist, producer, and audio engineer. He’s spent many years in metalcore bands but moved into the EDM/Metal fusion space in 2017 with BVLVNCE. He’s also worked as a technician, operations manager, and sales manager in the corporate audio/visual event production industry in his professional history.

“Knowing that Dave has his ear to the ground with emerging artists and musical styles, as well his ability to listen to music critically from a producer’s standpoint, gets me excited about having him on the FiXT team. I work the closest with FiXT’s A&R department and having Dave in this role is a critical step for the growth of the label.” – Klayton (FiXT President/Owner)

“I’ve had the immense pleasure of working with Dave as both an artist and as an industry professional. Not only does he have the creativity of a talented artist and producer but he also has the business acumen of an entrepreneur who realizes that part of being an independent artist means running your own business. I believe he will be an invaluable asset to the team as we grow and develop our current roster and the next generation of FiXT artists.”
– Heather Johnson (FiXT Label Manager)

“The addition of Dave to the FiXT team is also a testament of our commitment to our 25+ artist roster, to better serve and support their careers, as well as pave the way for more artists to join the family. Dave has incredible knowledge across not only the metal and EDM landscapes, but an ear for new genres and trends that will surely lead to exciting new artists on the roster. I’m excited to see the value he will bring to not only the company and our artists, but to the entire FiXT community and fanbase!“
– James Rhodes (FiXT Vice President & Co-Founder)