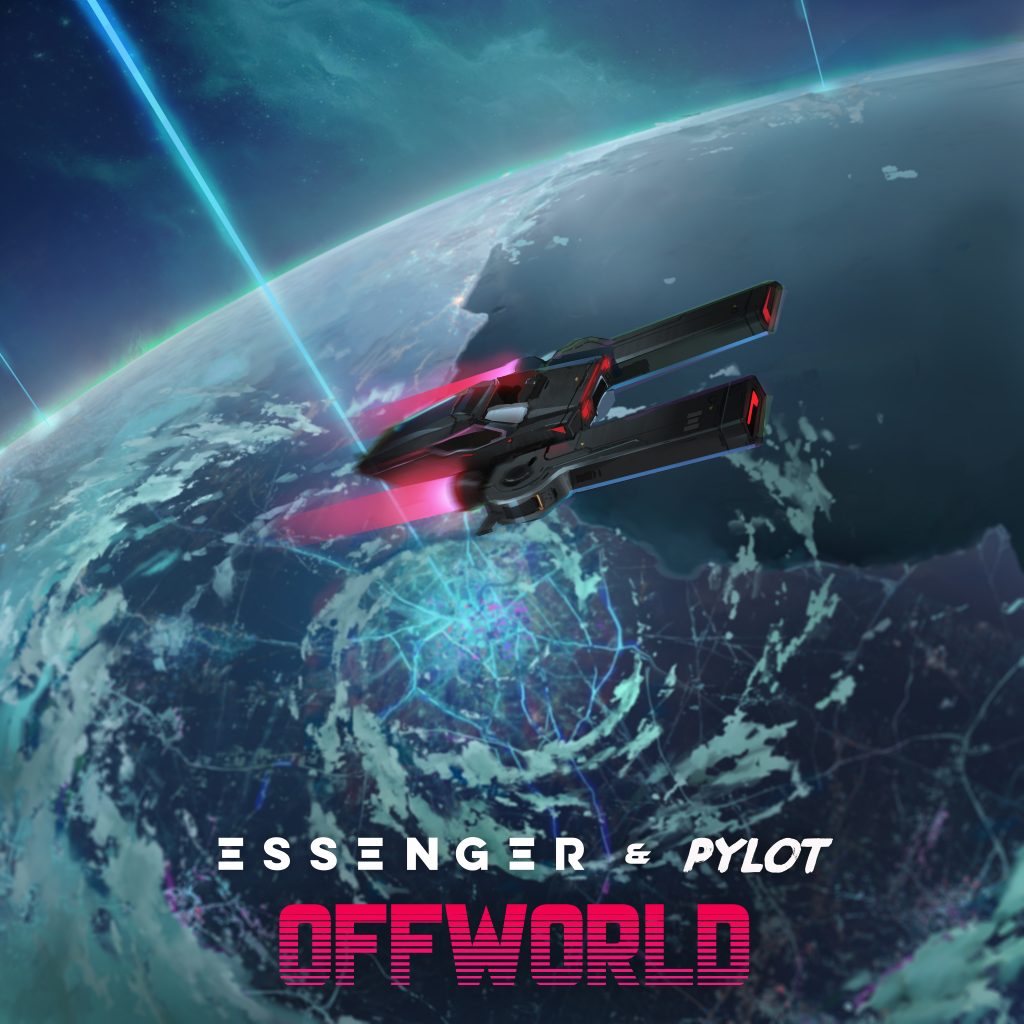 The highly-anticipated debut album from Essenger is now available for pre-order! Fans who purchase After Dark now will receive the collaboration with PYLOT on “Offworld” as an instant-grat single, and the song is also available now on all streaming platforms. Offworld” is a dark yet deliciously funky piece, blending PYLOT’s classic drum and bassline work with Essenger’s lush synths and vocoder. Their collaboration is a dynamic synthwave composition that is both human and distant, bridging sounds of the past and future with themes of uncertainty and anticipation of what lies off the grid and beyond our world.

“Offworld” follows “After Dark” and ” Downfall” on Essenger’s release schedule as the artist builds toward the full release of the After Dark album, planned for a first-quarter 2020 release from independent synthwave label FiXT Neon. 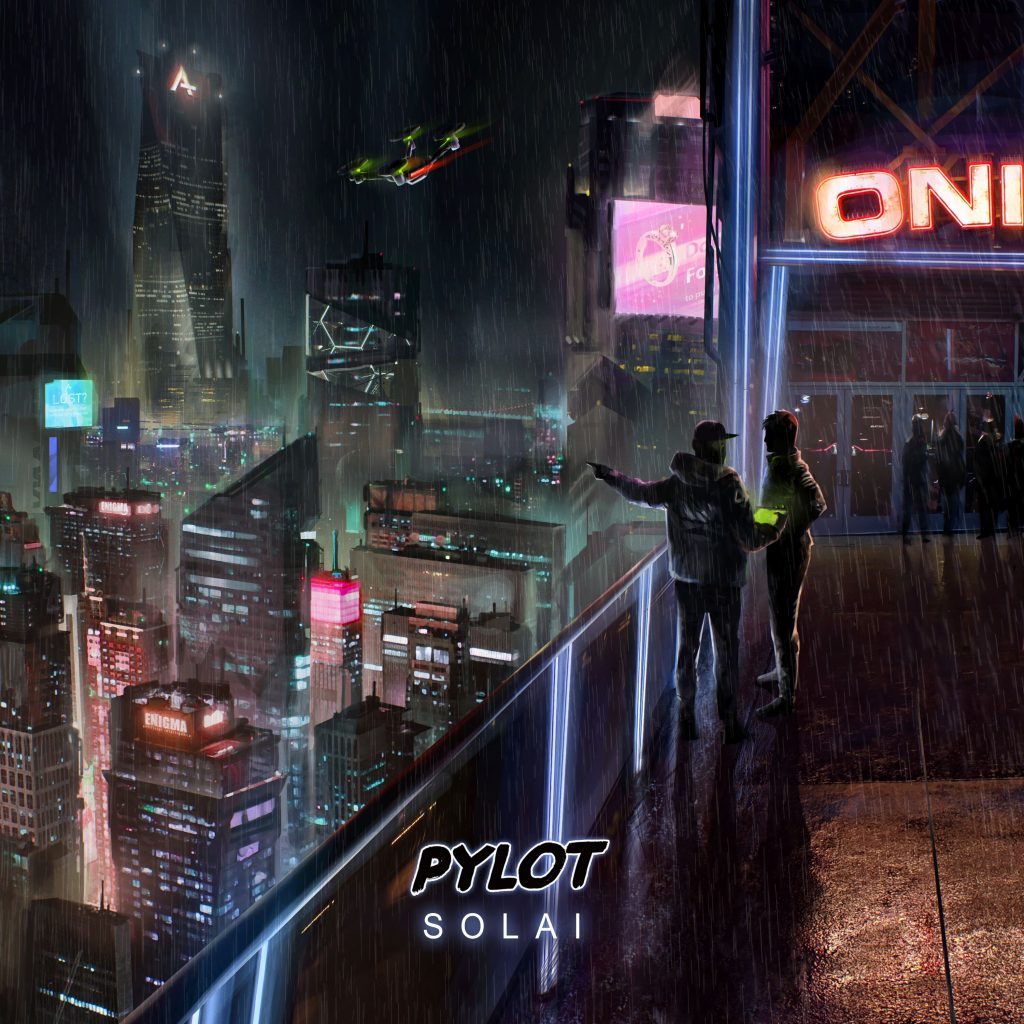 Premiering with YourEDM, PYLOT’s “Faded Light” traverses the neon airwaves, possessing a tangible emotion and nostalgia, fleeting feelings the listener is not entirely privy to. Hints of yearning and strange familiarity flow through each note, enveloping and melding with the listener entirely in a feeling befitting a late-night reflective stroll; pangs of memories of a fonder time resonate with stronger synth notes, eventually fading back to a tone of quiet reflection and somber departure.

Following on the heels of the much more heavy-set “Alice” and “Lost,” the song will sure catch listeners off guard with the beautifully atmospheric piano in the intro, as well as some light acoustic guitar strumming.
“Faded Light” also manages to intricately weave in layers of blissful melodies and retro beats that make the song out to be a true synthwave masterpiece, albeit a little bit outside the typical synthwave formula. Definitely not a track to miss out on!

PYLOT’s highly anticipated sophomore EP, Solai, explores a complex and thrilling world of futuristic synthwave that only PYLOT could create. Its diverse selection of tracks shifts from electrifying moments packed with guitar solos to thoughtful piano melodies, all accented by gorgeous synth tones and subtly elaborate percussion. Once listeners enter this darkly beautiful world, they may find they never want to leave. Join PYLOT on an adventure through Solai’s fully realized musical world of the future, available through independent retro / synthwave label FiXT Neon. 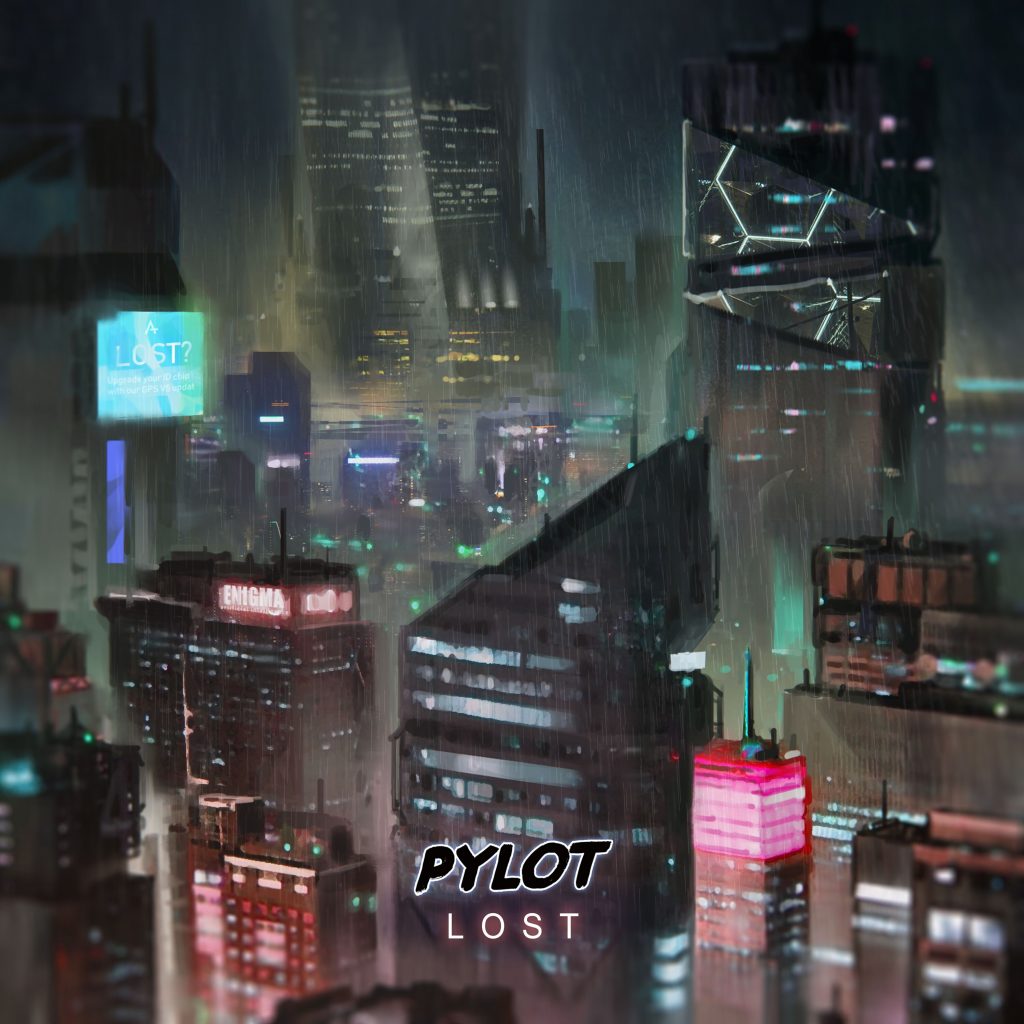 “Lost”, the second single releasing from synthwave artist and FiXT Neon’s newest addition PYLOT, premiered Sunday, March 3rd with Metal Sucks Synthwave Sunday. The track steps fully into the ambiguous puzzle that is the elusive identity of PYLOT. “Lost” in an unfamiliar city with nowhere to go, grasping to the remnants of the life of a stranger, the track traverses the inner exposition of a wanderer.

“Lost,” the second single from rising synthwave artist PYLOT’s sophomore EP, offers the perfect cross-section of the places to which the genre has evolved in 2019, combining razor-edged, aggressive production with its pop-focused neon sheen and utilizing everything in between for dramatic, emotional effect.

Along with the release of “Lost”, PYLOT’s Sophomore album Solai is now available for pre-order. The highly anticipated sophomore EP explores a complex and thrilling world of futuristic synthwave that only PYLOT could create. Its diverse selection of tracks shifts from electrifying moments packed with guitar solos to thoughtful piano melodies, all accented by gorgeous synth tones and subtly elaborate percussion. Once listeners enter this darkly beautiful world, they may find they never want to leave.

Along with the release and preorder, PYLOT is also debuting a line of exclusive merch, fans can browse the collections/bundles HERE.

Synthwave artist/producer PYLOT has officially signed with retro/synthwave label FiXT Neon and is returning in full-force for his sophomore EP, Solai. The project is slated for March 2019 following a series of independent singles and PYLOT’s debut EP, Shadowtask, released with EDM label Monstercat, in 2017.

Created in 2015, PYLOT is a project inspired by music, film and various art styles from the ’80s. Its focus is to provide original music influenced heavily by genres such as synthwave, as well as a diverse range of film and tv show soundtracks. The idea is to engage listeners in a compelling story where the music serves as the soundtrack. With no strict release schedule, this story unfolds periodically in the form of ‘journal entries’ using a graphic novel type format that listeners can read on www.iampylot.com. With each release, PYLOT also publishes original artwork illustrated by Mike Yakovlev.

With a solid background of releasing with one of Canada’s most influential and growing record labels ‘Monstercat’ as well as independently, PYLOT’s music has been streamed millions of times and garnered millions of views across multiple platforms.

Solai’s lead-off single, “Alice” perfectly embodies the diversity and complexity of PYLOT’s music. Opening with attractively nostalgic synth tones, the song breaks into a classic synthwave rhythm laced with electric guitar and chime-like synth melodies for a satisfying blend of instruments and songwriting styles. As a standalone track, “Alice” fully represents PYLOT’s intuitive mastery of the synthwave genre, and as an introduction to the Solai EP, it promises great things to come.