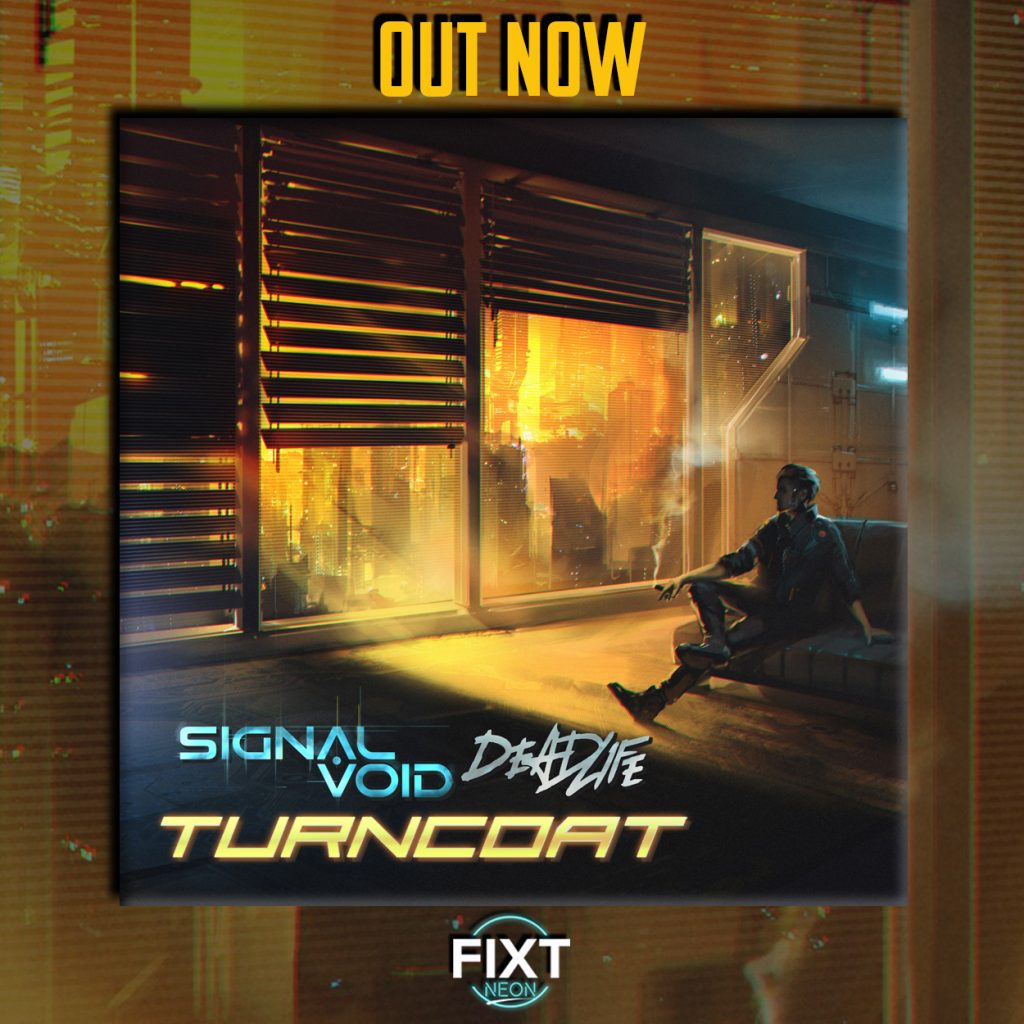 Two of the most talented cyberpunk synthwave creators working today combine their visions of a dystopian future for a brilliant new creation on “Turncoat.” Signal Void’s unmistakable melodic sensibilities glide easily across DEADLIFE’s rhythmic grit for a piece that brings out the character of each artist with remarkable synergy. “Turncoat” is a must-hear creation for fans of synthwave’s dark side and it’s out now on all major platforms from independent synthwave label FiXT Neon.

Sig hit me up and wanted to do a track, he showed me what he had already and I added some bits on inspired by what he had already wrote. It grew organically from there, and with it being on Sig’s next record I thought I’d just add bits here and there, such as a few counter melodies and some of the bridge. Sig suggested the name “Turncoat” which I thought was pretty dope considering how things are at the moment, pretty on the mark.

I’ve been a fan of DEADLIFE’s productions for some time now, and I was recently inspired to reach out to him with the prospect of potentially working on a single together. From the very beginning I knew I wanted to create a uniquely emotive cyberpunk record that told a tense story of betrayal and deception, and his creative input on this production was incredibly influential in capturing the authenticity of the story I wanted to tell.