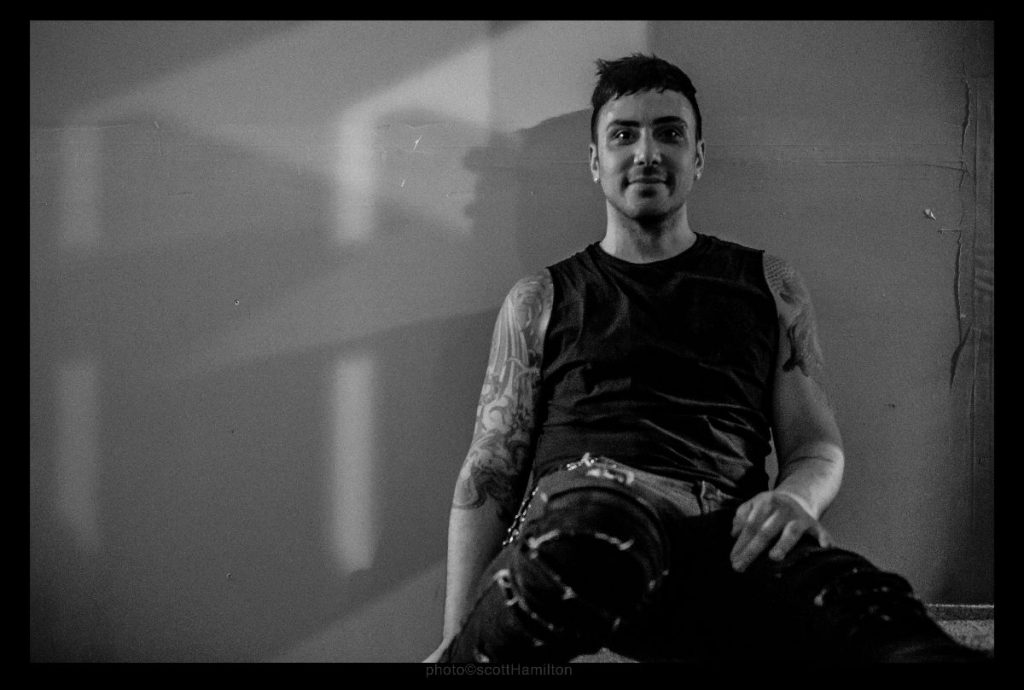 We’re All In “Danger” From The Plague

FiXT is proud to announce the signing of future punk act The Plague. After working together in 2017 for The Plague’s remix of “Embracing Entropy” from FiXT-label-owner Klayton’s project Circle of Dust, a friendship was born and has led to a new multi-album deal together.

“Celldweller and FiXT have been an important influence on The Plague’s music and attitude,” states The Plague. “I am so excited to see where the collaboration takes us!”

Trailblazing and fierce, The Plague was created to spread a message of hope, and to rebel against growing self-destructive ideals. The Plague’s post-apocalyptic themes portray the struggles of being human, encouraging people to break free of the superficial and to know they are not alone.

“Those of you familiar with my project Circle of Dust may recognize The Plague from his remix of  “Embracing Entropy,” states Klayton (Celldweller, Circle Of Dust, Scandroid) “I couldn’t be more excited to announce his signing to FiXT. His songs are heavy, electronic, extremely infectious, and top-notch from the songwriting all the way down to the vocals, guitar riffs, and electronic sound design. If you don’t believe me, check out “Danger” and you can thank me later.”

With the announcement of the signing comes the re-release of the debut album Hope For The F.U.T.U.R.E. with brand new art, mixing, and mastering, plus some bonus tracks/remixes, throughout 2022, ahead of a new album coming in 2023. The Plague’s debut single with FiXT, “Danger”, is a turbulent vision of the world around us. Featuring driving guitar riffs, a powerful vocal performance, and thought-provoking lyrics, “Danger” is a warning call to wake up to the reality surrounding us.

“David has been on a short list of artists we’ve wanted to work with for several years and I’m glad the timing finally came together for us to make it happen,” states James Rhodes (FiXT, VP & Co-Founder). “We want to help bring his music to a much bigger audience and get him the recognition he deserves!”

“Danger” is out now from independent multi-genre music label FiXT.

The Plague is the brainchild of producer/engineer David Adam Monroe, a pioneer of Future Punk. The Plague’s post-apocalyptic themes portray the struggles of being human, encouraging people to break free of the superficial and to know they are not alone.

David has been playing music from an early age, highly encouraged by his parents, he received an electric guitar at age ten and took off emulating his favorite bands at the time; Greenday, Smashing Pumpkins, and other 90’s rock bands. His career took off at age 16 when a promoter got his high school band on the Van’s Warped Tour.

As a producer/engineer, David has produced records with many artists including Glen Matlock from the Sex Pistols and multi-platinum engineer Earl Cohen. As a musician, he has toured internationally–including 4 years on Van’s Warped Tour– and has played with bands such as Tony Levin, My Chemical Romance, Story of the Year, NoFx, The Used, Yellow Card, Three Days Grace, and many more. The Plague’s debut album Hope For the F.U.T.U.R.E. was released independently in 2017.

In 2018 The Plague remixed Circle Of Dust’s “Embracing Entropy” (feat. Celldweller), through artist-owned record label FiXT. The Plague eventually signed to FiXT in 2022, and is re-releasing the debut album with remastered tracks, new art and bonus tracks throughout the year, ahead of a new album coming in 2023.

“My goal with The Plague was to make futuristic Christian rock, when I was producing bands in Boston, my assistant showed me Celldweller and said, “This guy is dope and reminds me of you!”  I chased Celldweller’s blend of synths and guitars, and that exploration process helped me discover my own sound.  When I finished the record I emailed James (FiXT Manager) with the spirit of a little brother and said, “Hey James, look! I self-produced a futuristic rock record that I’m releasing on my label!  You guys inspired this!”  By some wonderful miracle he was excited too!” – The Plague