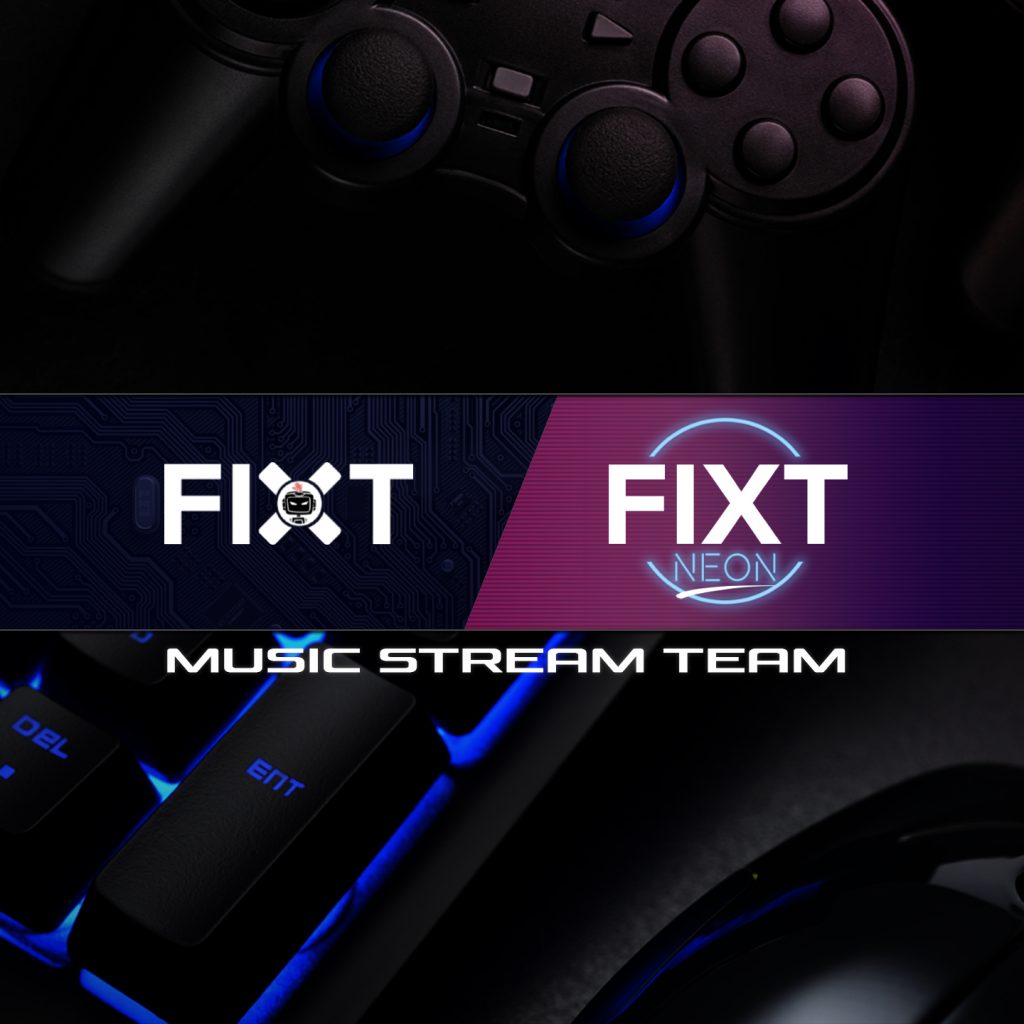 FiXT Neon is proud to announce the launch of the official FiXT Music Stream Team on Twitch! FiXT has embraced the stream community since 2015, where all Twitch streamers can use our original music for FREE (no DMCAs), and now we’ve gone a step further and launched our own stream team!

“FiXT was one of the first 5 labels to sign a deal with Twitch back in 2015 and make our catalog of original music Twitch safe. Since then we’ve continued to expand our interest in partnering with the streaming community, with various sponsorships as well as making our catalog available on stream-safe streaming platform Pretzel. Now, with the FiXT Music Stream Team, we’re incredibly proud to be working with a core group of passionate streamers, helping us spread the music and our message even further.” – James Rhodes (FIXT VP & Co-Founder)

The FiXT Music Stream Team features over a dozen active Twitch streamers who are as passionate about FiXT’s music as they are gaming. The team has over 200,000 combined followers on Twitch and a reach of nearly 350,000 followers across all social media platforms.

FiXT is also proud to announce Lobro as FiXT’s stream team leader. Known for his channel LobroTV, he is host of Neon Positivity Live and founder of the Wave Rider Society. Lobro has demonstrated an incredible passion and ambassadorship for the FiXT brand.

“Everyone I’ve met at FiXT is just as passionate about the music as they are their role and I’m honored to serve FiXT by leading the Stream Team! I know when I wake up and turn on a FiXT song that I can conquer my day.” – Lobro

If you’re a Twitch streamer and think you’d be a great ambassador for the FiXT brand, apply here:
https://bit.ly/fixtmusicstreamteamapply
Team Applications open until July 15th 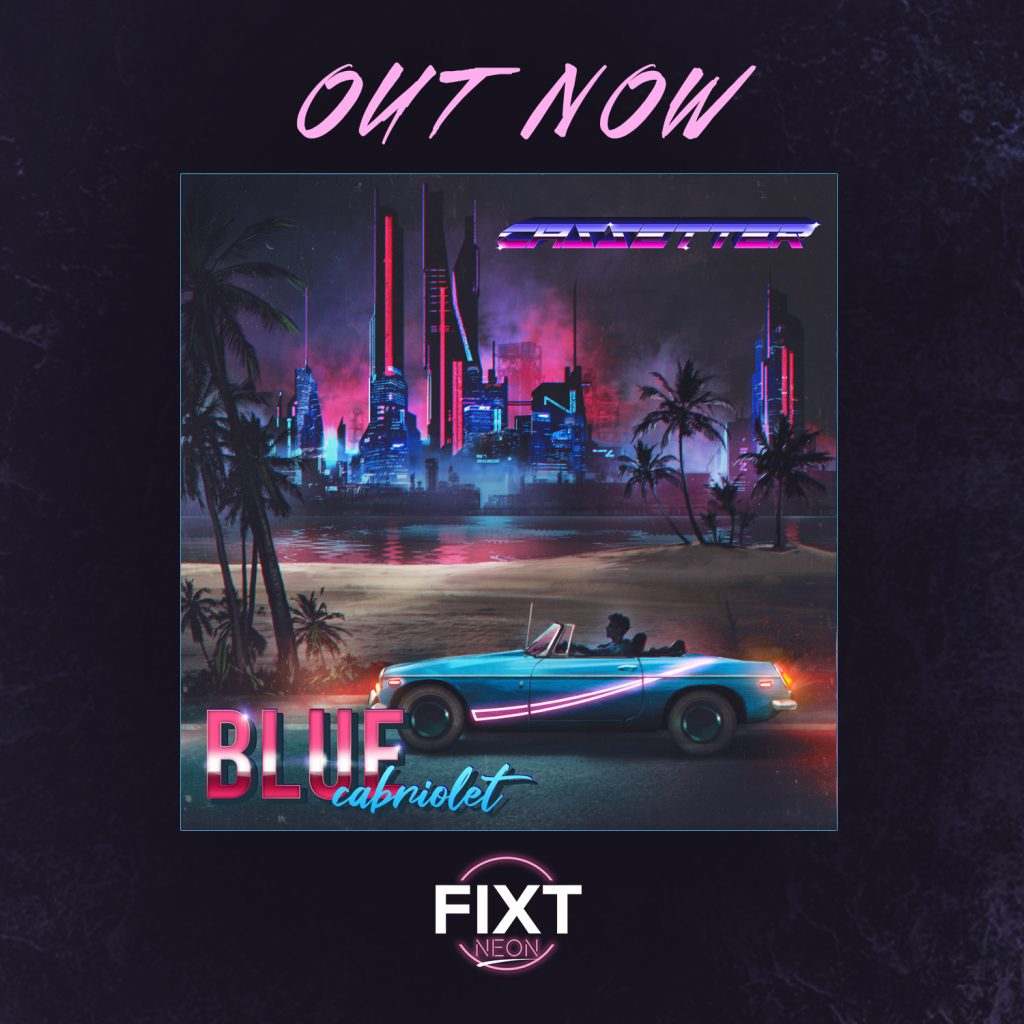 Cassetter’s funky new feel-good track “Blue Cabriolet” takes a classic synthwave sound and transports it into the future, delivering the artist’s colorful vision of a cyberpunk world across four exciting minutes. Combining thumping bass beats with gleaming melodies for a song that feels like a beach-side drive in the year 2080, “Blue Cabriolet” is a perfect driving song for 2020.

“Blue Cabriolet” is the second new single from Cassetter since his debut full-length album The Fugitive, and it follows “Catch Me If You Can” on the artist’s release schedule. The track is available now on all major platforms from independent synthwave label FiXT Neon.

High speed, wind in our hair – starting the Saturday evening in the Cyberpunk City while driving fast in a retro car – that’s what I felt while creating this one. The track is a mashup of retro melodies with some futuristic vibes.

Purchase / Stream “Catch Me If You Can”:
https://fanlink.to/bluecabriolet 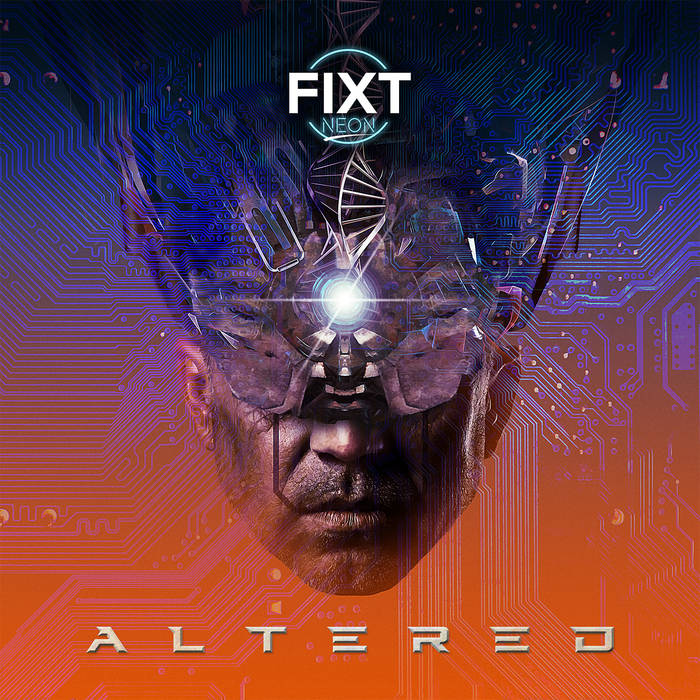 The most visionary and highly anticipated compilation in the retro-synth universe has arrived! FiXT Neon: Altered features 17 all-original tracks from the best dark cyberpunk creators working in and around synthwave today. From established and celebrated acts including Mega Drive, DEADLIFE, Code Elektro, and Scandroid to electrifying newcomers like Signal Void, Inexedra, and Extra Terra, this compilation provides the soundtrack to a beautiful and dangerous dystopian world.

Altered is the first in a new series of dark cyberpunk compilations from FiXT Neon spotlighting innovative artists creating dark, futuristic synthscapes. These tracks will transport listeners to a high-tech world where gleaming utopias are home to totalitarian governments and widespread social unrest. This is the music of the retrofuture. This is Altered. 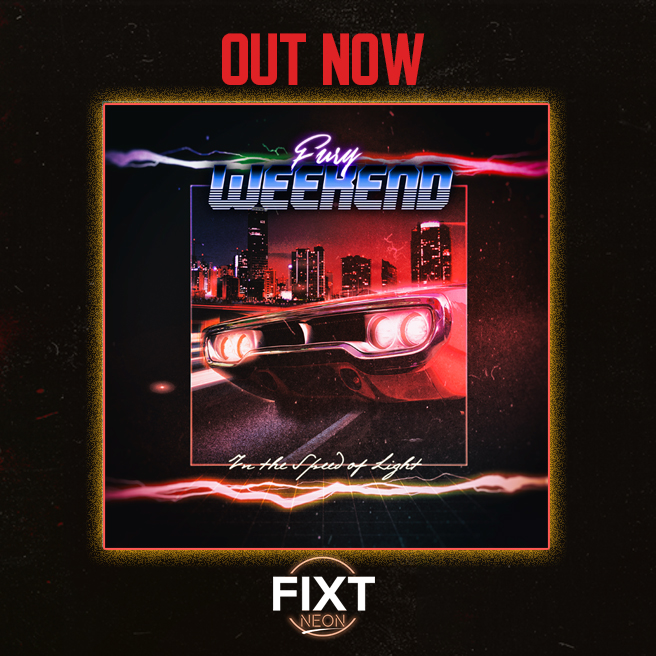 Fury Weekend “In The Speed Of Light”

Hot off the success of the artist’s epic full-length album, Escape From Neon City, Fury Weekend is back with a brand new single, “In the Speed of Light.” As the name suggests, this is an adrenaline-pumping track powered by Fury Weekend’s signature songwriting spirit. A dynamic rhythm section provides the engine for the music as a Fury Weekend’s soaring guitar work guides the music across its running time.

“In the Speed of Light” is the first new single from Fury Weekend in 2020 and marks the beginning of a series of new tracks from the artist. The song is available now on all major platforms from independent synthwave label FiXT Neon. 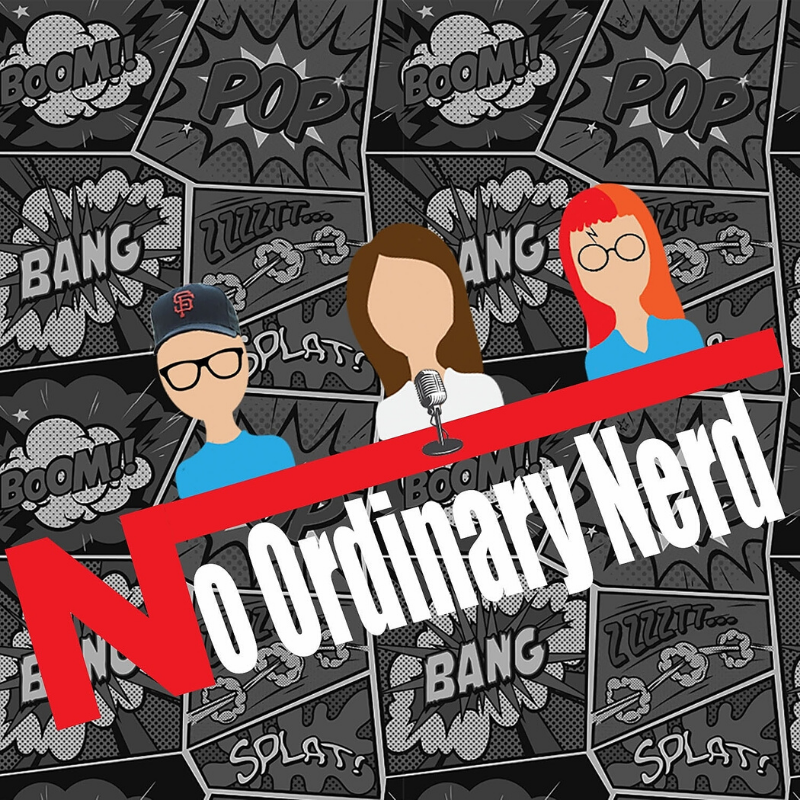 It’s a match made in synthwave heaven: Moonrunner83 and NINA combine their retro pop skills for a beautiful new track on “The Last Time.” This dreamy, understated piece features Moonrunner83’s signature melodic songwriting style with a silky and polished vocal performance from NINA leading the way. The result is a must-hear creation for fans of both artists.

“The Last Time is about two lovers parting ways but hoping there is still a chance to find a way back together.” 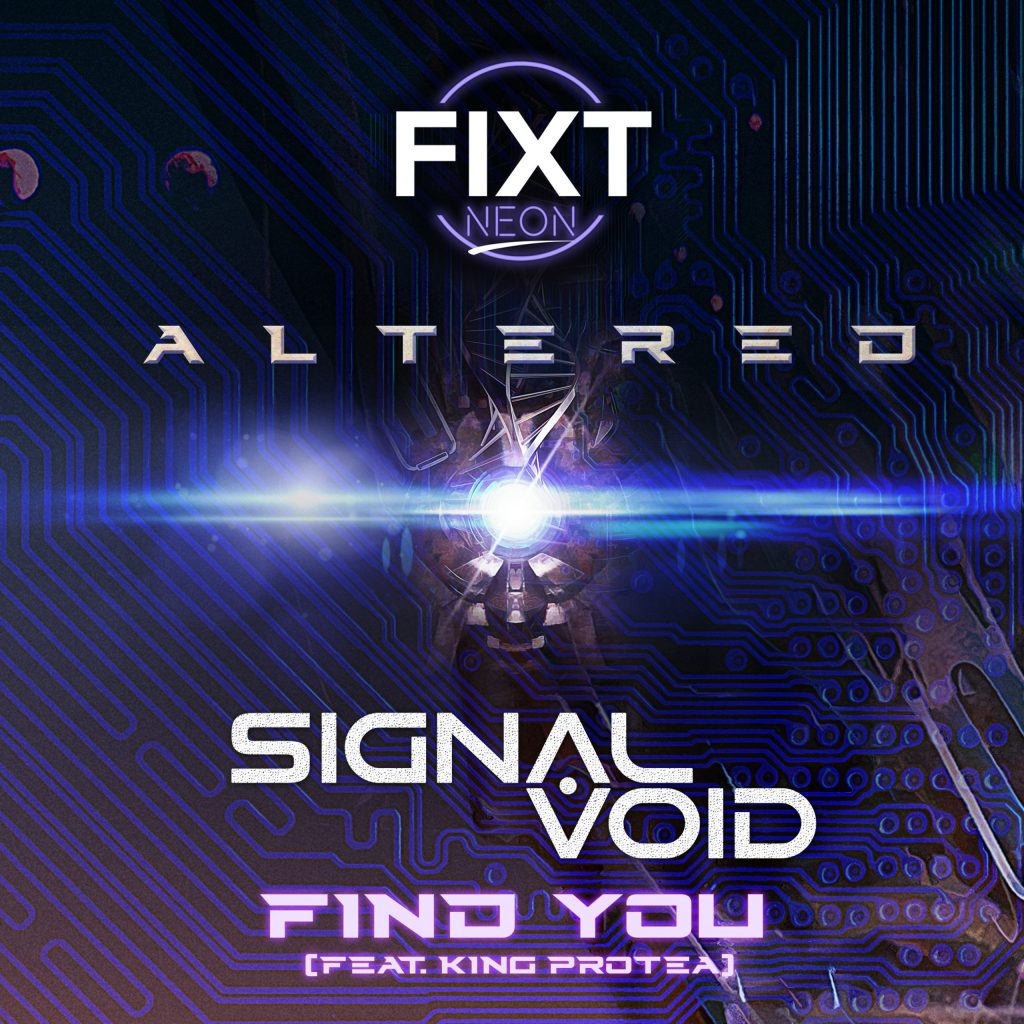 Simultaneously tragic and beautiful, Signal Void and King Protea’s “Find You” is a cyberpunk synthwave creation like you’ve never heard before. This epic track tells a heartbreaking tale rooted in Signal Void’s world of the dystopian retro-future, balancing dark and heavy instrumentation with King Protea’s silvery singing performance. The result is an attractively melodic offering underscored by persistent intensity.

“I know fans have been patiently waiting to hear the next chapter in the Signal Void story, so it’s incredibly exciting for me to finally be able to share this record with everyone.  At its heart, Find You is a tragic tale between estranged lovers in a dystopian future where the lines between reality and cyberspace are blurring, so I definitely wanted to capture some of the inherent power struggles in those themes within the music itself.  Coupled with King Protea’s stunning vocal performance, this record is my attempt to plant a flag of my own within the synthwave genres & give the audience a glimpse into the future of Signal Void and the direction I’m heading with this new album!

“Find You” is a mysterious dive into the mind of Signal Void’s lover — both her confidence and insecurities. This was an exciting exploration of that dialogue and what kind of emotions she might be feeling, while at the same time trying to protect the one she cares about most. It’s dramatic and relatable at the same time.”